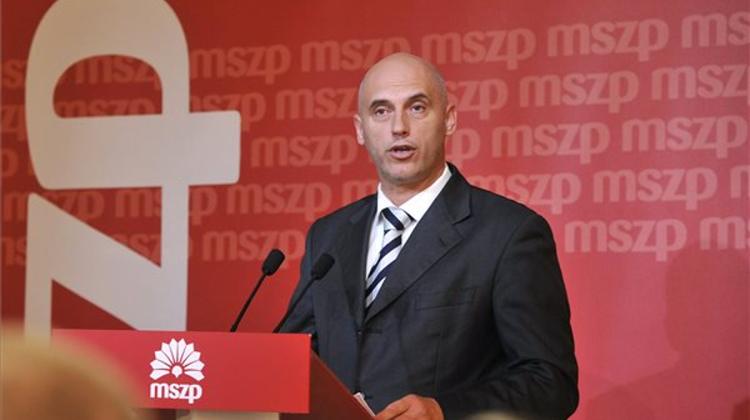 Socialist Party leader József Tóbiás, lashing out at fellow left-wingers, declared that his party would no longer be willing to strike compromises. “The Socialist leadership has decided to no longer take part in a game of elites, will not strike bad compromises and will open to the public, to the people,” he vowed. He also branded Ferenc Gyurcsány, DK’s leader as “authoritarian”.

Gyurcsány for his part said the opposition Democratic Coalition (DK) has made a step forward, but smaller than expected.

“DK has not stepped backwards, but has not advanced as much as it wanted to,” he added. Green party LMP has stood the test in the local elections, its co-leader András Schiffer said, adding, however that he had hoped for a better result. LMP has won enough mandates nationwide that it can “build on its strength”, he said.

Viktor Szigetvári, manager of leftist opposition E-PM’s campaign, said the low turnout in Sunday’s local ballot served as a warning to every democrat. Think-tank Nezőpont said the governing parties had consolidated their positions on all fronts, ranging from the capital city to Hungary’s villages.

Senior analyst Csaba Fodor told MTI the governing parties were more successful in mobilising their supporters, while the left-wing forces, facing grave difficulties in defining themselves, failed to develop a clear-cut strategy or field credible candidates.

Not even in Budapest did they manage to make gains, he said, adding that the centre-left was left behind by Jobbik in several regions.