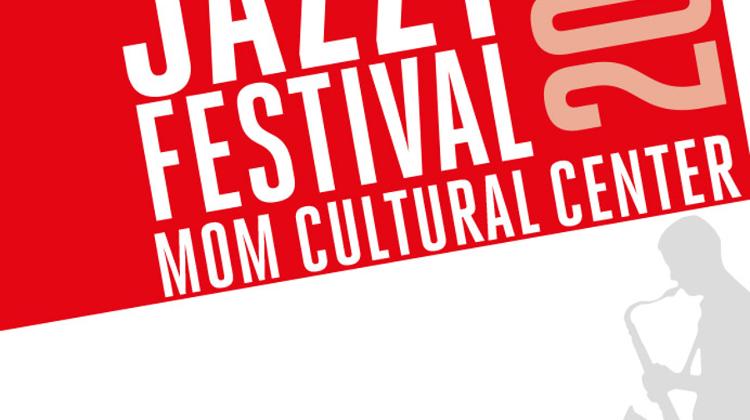 Now in its 4th year, Jazzy Festival is staged by Budapest's premier jazz radio station 90.9 Jazzy at the MOM Cultural Center on October 16, 17 and 18. Featuring a local artist and an international headliner on each day, the event is sure to please fans of jazz, soul, funky and quality pop music.

The winner of the 2012 local version of American Idol, this uniquely talented young songstress quickly won the hearts of pop and R&B fans – and not only in Hungary. In the same year she was invited to perform at the prestigious Mountreux Jazz Festival main stage by none other than Quincy Jones, where she delivered a performance praised by Chick Corea and Bobby McFerrin. With a successful debut album and a string of hits under her belt, she is undoubtedly one of Hungary’s greatest contemporary musical gems.

Born into a family with a rich musical tradition, Mario worked as a session singer for many years before hitting the headlines with his 2006 hit single, This Is What You Are. The sweet-voiced Italian went on to release a number of platinum-selling albums, recorded and performed with the likes of Incognito, Chaka Khan, Earth, Wind and Fire and Al Jarreau, and toured extensively to appreciative audiences in Italy, Europe, Africa and the Americas. His appearance at the Jazzy Festival will mark his long overdue debut in Hungary and will also feature hits from his latest album, Sun.

A group of young, twentysomething musicians serving up an infectious, high-energy blend of jazz, funk and pop, spiced up with violin and a dash of vocals. One of Hungary’s most successful bands on the international stage, the Peet Project won the grand prize of Jazzy Radio’s song contest in 2009, played two major US jazz festivals in 2013, and walked away with a US “Debut Artist of the Year” award. They enjoy airplay on smooth jazz radio stations on both sides of the Atlantic and will unveil brand new material at the Jazzy Festival.

Master keyboarder, composer and producer Jeff Lorber is aptly known as one of the founding fathers of jazz-fusion. Since 1977 he has released a string of artistically daring and commercially successful recordings that feature a virtual who-is-who of the contemporary jazz scene. In Budapest, Jeff Lorber Fusion will hit the stage with an exciting all-star line-up, featuring Jeff Lorber on keyboards, Jimmy Haslip (of Yellowjackets fame) on bass, Patrick Lamb on saxophone and Lionel Cordew (Barbra Streisand, Special EFX) on drums, showcasing compositions from their Grammy-nominated 2013 album, Hacienda.

Five uniquely talented Hungarian singers in an “a’capella” group that is considered one of Europe’s finest, Fool Moon has collected several international awards and performed in 15 countries since their formation in 2001. Advocates of “pop-acapella”, their repertoire includes songs in French, Italian, English and even Bantu, masterfully rearranged covers of Michael Jackson, Sting, George Michael and Paul Simon hits, and outstanding original material that has captivated local music fans. Fool Moon brings a unique style to the Jazzy Festival that is sure to entertain and enchant.

With 50 albums in their back catalogue and chart success with smash hits like Night Birds, Down on the Street and Day By Day, Shakatak hardly needs introduction. Formed in the UK in 1980, the group is often referred to as “the Rolling Stones of jazz-funk”: they have toured and released records on a regular basis for close to 35 years and their fans believe that their music just keeps getting better and better. Shakatak arrive at the Jazzy Festival after touring in Japan and Mexico, and will also perform music from their brand new album, On The Corner, due out in September.

A limited number of three-day passes is also available for HUF 18,700