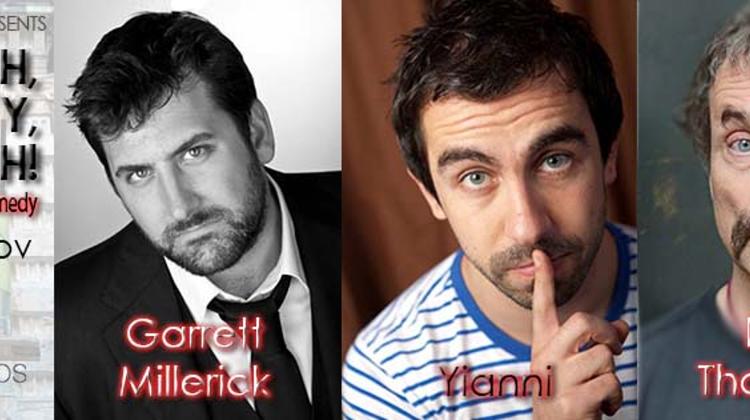 On Wednesday 12th of November, Brody Studios features the sixth in the series of English comedy nights hosted by Dave Thompson, best known as a brilliant one-liner writer and performer in Harry Hill’s TV Burp, and former Tinky Winky from ‘Teletubbies’.

The sixth comedy night features two international stars: Yianni and Garrett Millerick. Yianni is a headliner all around the world with a mind as sharp as a ginsu blade.

His ability to deliver smart but accessible laugh packed material and also to improvise skilfully with whatever a room throws at him combine to create a truly unique experience.

He regularly performs hour long shows at the Edinburgh and Melbourne comedy festivals. His ability to work any type of room sees him in high demand for corporate work.

Garrett Millerick is a London based writer, director and comedian. He can be seen performing regularly at the Schadenfreude Cabaret in North London where he is the resident compere. Following a gig in February he was invited to perform his debut stand up show at The Underbelly, Bistro Square for The Edinburgh Festival Fringe 2012.

The resulting show, ‘Sensible Answers to Stupid Questions’, played to sell out audiences and critical acclaim.

Early-bird tickets available for 3.000 HUF for non-members until 7 November 2014