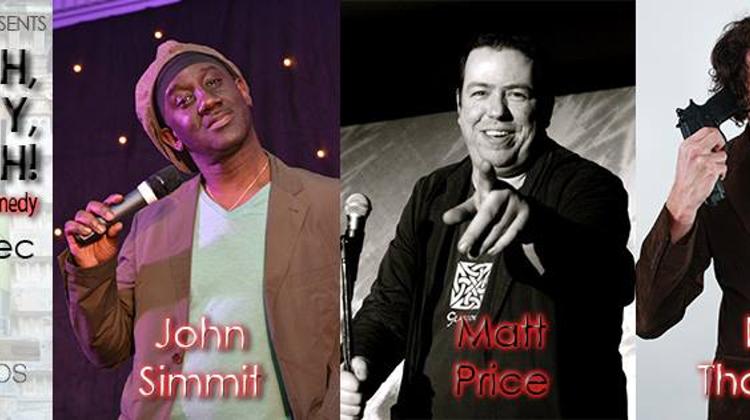 On Wednesday 10nd of December, Brody Studios features the seventh in the series of English comedy nights hosted by Dave Thompson, best known as a brilliant one-liner writer and performer in Harry Hill’s TV Burp, and former Tinky Winky from ‘Teletubbies’.

The seventh comedy night features two international stars: Matt Price and John Simmit. Matt Price has worked in a fish factory, he’s trained as a boxer and he has worked as a ghost writer for some of Britain’s most notorious gangsters.

Among his fellow comics Matt Price is known for having some of the most extraordinary and outrageous stories drawn from the wilder side of life. And yet his self-effacing Cornish born comic brings real warmth and heart to his tales-as well as finding some audacious laughs in the most unexpected places.

On stage sardonic comedian John Simmit is smart and thoughtful, in big contrast to his best known role, playing ‘Dipsy’, coolest of the Teletubbies in BBC TV’s international hit series. Within 18 months of his stand up debut, British comedy’s only ‘Cuban-Jamaican-Brummie’ was being touted by trendspotting magazine ‘The Face’ as it’s comedian to watch.

“Price doesn’t skimp on the laughs. And when the laughs do come, they tend to be big explosive ones”
–Steve Bennett-Chortle
“Simmit has the fearless energy & rolling gait of a champion pugilist –The Guardian
“Dave Thompson has a unique style and some of the best one-liners“– The Guardian

Tickets must be purchased in advance – contact Bródy Studios by clicking here with all enquiries.
2.500 HUF per person for members | 3.500 HUF for non-members