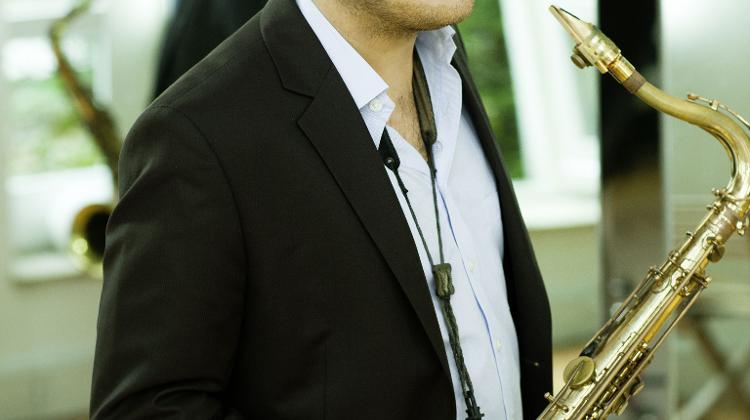 Calling all English speaking jazz lovers in Budapest to The Harmonia Jazz Workshop at the Budapest Jazz Club with a kick-off at 20.00 on Boxing Day, Friday, 26th December 2014 proudly presents the Bolla Quartet.

Gábor Bolla tenor-sax, only 26 but an incredible talent who has already made it to the semi-finals of the World Saxophone Competition both at the 2003 Montreux- and at the 2004 London Jazz Festival. He is the guy black American tenor-giant, David Murray jammed with for two hours during his stay in Budapest.

His quartet won First Prize and the audience vote at the Avignon Jazz Festival in 2005. He has played at most of the great European jazz festivals and last year secured a contract with Europe’s biggest jazz record label, ACT Records. Presently he lives in Copenhagen and plays in the most prestigious European jazz clubs. Wherever he goes he brings the house down. Róbert Lakatos an exceptionally gifted pianist, at home in both jazz and classical music.

He walked away with the first prize from the solo piano competition at the 2000 Montreux Jazz Festival. In 2005 he was voted best soloist at the Avignon International Jazz Festival. Since then he has established a serious reputation for himself in the world of jazz. Jack DeJohnette, one of the jazz giants he has played with, had this to say: „I believe Robert is one of the best young pianists on the jazz scene today”.

Another one-time musical partner, John Patitucci gave the following opinion on Robert’s playing: „His sound and touch on the piano are highly developed and very lyrical". An outstading bass-player of only 25, Krisztián Pecek Lakatos was 13 when he won the National Jazz Bass Competetion in his country that is chock-a-block full of terrific bass players – most of them Roma Gypsies (John Pattitucci was on the jury who insisted that Krisztian shares the stage with him at his own Budapest concert next day).

Krisztian has since woved London audiences several times with his astonishing mastery of the double bass. Elemér Balázs is, arguably, the best drummer in his country. As for him, it’s best to quote what the American guitar ace, Pat Metheny said of him: "Elemer is one of the best drummers around right now, in my opinion.

He plays with such musicality and finesse and has the ability to listen inside each musical moment with the kind of spontaneous decision making that allows everyone that plays with him to sound their best. He also has a wonderful touch on the instrument - I always enjoy the chance to play with him and to hear him."

The BJC is in the 13th districtat Hollán Ernő utca 7