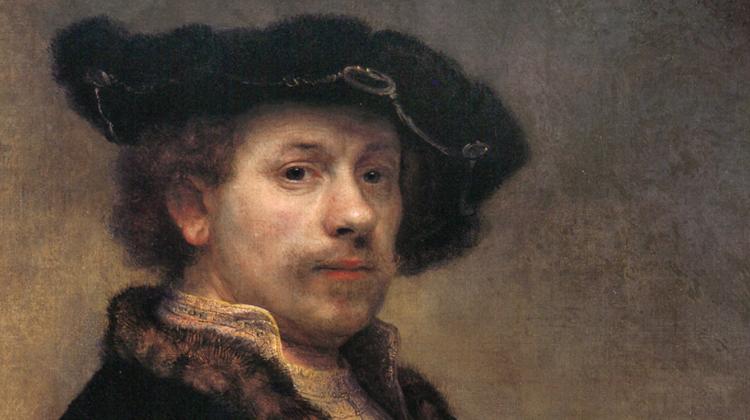 Rembrandt and the Painting of the Dutch Golden Age, a large-scale exhibition to run in the Museum of Fine Arts from 1 November surveys the period of 17th-century Dutch art, one of the golden ages of European culture. The exhibition is built around Rembrandt, the greatest master of the period, by whom 20 masterpieces will be on display.

The exhibition will showcase over 170 works by some 100 painters, of which 40 originate from the Museum of Fine Arts’ rich Dutch collection and 130 paintings will be contributed by private and public collections, with the most important loaning institutions including the Rijksmuseum in Amsterdam, the National Museum in Stockholm, the Louvre in Paris, the National Gallery in London, the Getty Museum in Los Angeles , the Metropolitan in New York, the Uffizi in Florence and the Prado in Madrid.

A further sensation of the exhibition is that in addition to the significant number of works by Rembrandt – including the painting known as his earliest and his last self-portrait – visitors can also view three works by Vermeer.

The Hungarian public has never before had the chance to see such a comprehensive exhibition of the Dutch art of the 1600s; thus, this show bridges a gap in the history of domestic exhibitions, and at the same time it will be the last large-scale exhibition before the renovation work in spring 2015, when the Museum of Fine Arts will temporarily close its gates.With the exhibition presenting the Dutch Golden Age the Museum of Fine Arts will continue the series begun in 2006 linked to the institution’s significant collections.

Following the 2006 El Greco, Velázquez, Goya; the 2008 Golden Age of the Medici; the 2009 Botticelli to Titian and the 2013 Caravaggio to Canaletto,Rembrandt and the Painting of the Dutch Golden Age will showcase the 17th-century material of the museum’s Dutch collection, which is also significant by international comparison: with its 500 paintings by 17th-century Dutch masters, it ranks among the first five European collections outside the Netherlands.

The show is divided into seven main chapters. The first section presents the historical background and commences with pictures by Hendrick Vroom and Willem van de Velde the Elder immortalising battles at sea since the battles waged for independence and later the Dutch Republic becoming a world power, were decided at sea. The historical role of William III of Orange is attested to by two depictions of his tomb, one each by Bartholomeus van Bassen and Gerrit Hoeckgeest.

The Treaty of Antwerp concluded in 1609 and the Peace of Münster signed in 1648 are each illustrated by a painting, but an allegory treating the success of colonisation can also be seen.The second part is devoted to portrait painting with likenesses of self-assured wealthy middle-class citizens, as well as group pictures of the leaders of various associations, and representative or intimate portraits of married couples and families.

The companies of people feasting and playing music in richly furnished houses and on elegant terraces in compositions by Willem Buytewech, Dirck Hals and Jan Steen, as well as the young people drinking and lighting pipes in works by Hendrick ter Brugghen, Judit Lseyster and Jan Molenaer all exude the enjoyment of life, similarly to the genre paintings immortalising the happy days of peasants by Isaac and Adriaen van Ostadel and Cornelis Bega.


The fourth section of the exhibition deals with religion. The Protestant Church forbade the use of “carved images” in their churches and called upon the faithful to study directly from Scripture, so illustrations of stories from the Old and the New Testament were given a place on the walls of homes. Since Catholics could practise their religion, altar pictures were also made, with their forms preserving monumentality and festivity, which influenced works devoted to domestic piety. In Haarlem Pieter de Grebber and Salomon de Bray followed the classical tradition and Jan Lievens also set out upon this path.

In Utrecht Italian Caravaggism exerted the greatest influence, while in Amsterdam, in the 1630s, the Mennonite Lambert Jacobsz and Jacob Backer represented the monumental style of religious painting. The humanisation of biblical themes was realised in Rembrandt’s works and exerted a wide-ranging influence.

The fifth section focuses on Rembrandt and his influence upon his contemporaries. Works by the giant of Dutch painting are accorded a place in this part of the exhibition, including his first known painting as well as his last picture.

His earliest painting titled The Glasses Salesman , executed in 1623, arrives at the exhibition from the town of his birth, Leiden (Museum de Lakenhal), while the composition regarded as his last, a self-portrait, probably completed in the year of his death in 1669, is loaned by the Uffizi in Florence. The exhibition showcases several of the master’s self-portraits, too, coming from Munich (Alte Pinakothek), Paris (Musée du Petit Palais) and London (National Gallery), and a painting depictingMinerva from a New York private collection can also be seen, its point of interest being that it was once owned by the famous Hungarian art collector Marcell Nemes.

The sixth chapter features a theme of city life, which bore great importance to Dutch artists, and displays three significant pieces from Vermeer’s oeuvre of merely 38 paintings. The Geographer is a loan from Frankfurt, the Astronomerfrom the Louvre, and The Allegory of the Catholic Faith from the New York Metropolitan Museum.

The exhibition concludes with landscapes, which form an important part of the Museum of Fine Arts’ collection.
The show is made yet more exciting by contemporary furniture and objects of everyday use arriving from the Budapest Museum of Applied Arts, as well as by maps, atlases and globes from the Széchényi Library. The exhibition is completed by an in-depth catalogue presenting the art of the period, with 40 studies in both Hungarian and English.

In cooperation with the Nationalmuseum, Stockholm, the Rijksmuseum, Amsterdam and the Kremer Collection