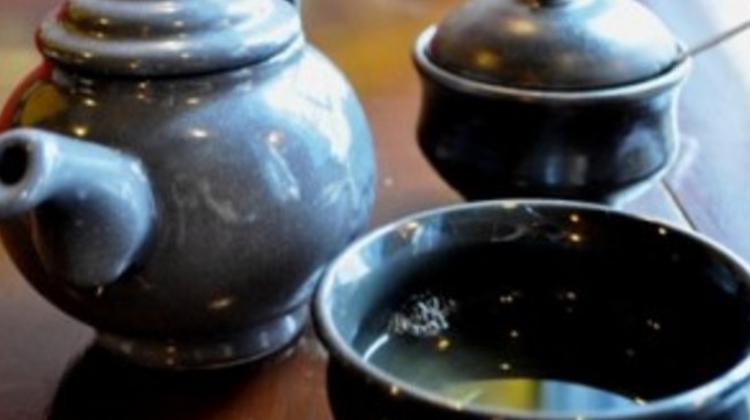 By<a href="http://welovebudapest.com/en" target="blank"> We Love Budapest </a>: It’s always nice to have a cup of tea – whether you are alone or with your friends, whether you choose the traditional Earl Gray blends or the more refreshing fruity tastes. It’s even better to drink a few cups of tea when it’s dark and chilly outside, so the winter season is just perfect – as long as tea drinking is concerned. We visited some of the best places where hot tea is served – check out our selection of Budapest’s tea houses.

The Mozaik tea house, situated on Király utca, has been running for more than 12 years. Recently it has been redecorated – the biggest change is that the walls of the gallery have been painted green, and guests can write on it with chalk. The wall is almost full of handwritten notes – some say that the best pies of Budapest are baked here, while others contain deep philosophical thoughts. During the daytime it’s rather calm and there are only a few people around but if you decide to go to Mozaik in the evening you should make a reservation, just to make sure you’ll get a table.

If Kazincy utca is the street of ruin pubs, than Jókai utca is the street of tea houses. The first one in the row – starting from Andrássy út – is the Vörös Oroszlán (Red Lion, if you prefer) which refers to an esoteric novel of Mária Szepesi. The place has a sort of supernatural vibe – your body, your soul and your mind will be blown away, and not just because of the selection that includes more than a hundred different types of teas.

There are quiet and peaceful little separated areas, there’s an oxygen bar which will boost you up if you’re energy is running low you can consult with an astrologist and you can also seek for the advice of a professional Reiki master. There’s also a little gift shop in the tea house where you can find esoteric books and small souvenirs. The Vörös Oroszlán would like to keep up its image and its interior that has provided a special atmosphere of many first dates for more than 12 years. Some of these first dates led to romances, marriages what’s more the first generation of the Vörös Oroszlán babies have already been born.

If you enjoy half-lit, romantic places and if you are keen on the Indian culture than this tea house is the right choice for you. You can try all sorts of special teas including the one that is prepared with butter. This butter tea is surprisingly delicious and it is also very nutritious. Try it with a hint of salt – you will be amazed for sure. Of course there are other alternatives as well so you can also go for the sweeter, fruiter or spicier blends.

The place called CD Fű, which is really close to the Egyetem tér, has closed temporarily, but fortunately there is another great place only a couple of minutes away, on Váci utca. It’s called 1000 tea and it has been running for 15 years now. Despite the fact that this teahouse is situated in one of the most crowded and popular tourist venues of Budapest, it is the most quiet and peaceful one of our selection. There are only a few people around who usually come to have a chat with the two guys who are running the and they also come to 1000 tea to have an aubergine pita, a nice cup of green tea and to lay in the cosy beanbags in the open-air inner court of the teahouse. You can take away your favourite Chinese, Japanese, Ceylon or Indian tea and you can also seek for some extra advice as you are waiting for your hot drink.

We know that the Hungarians still have a lot to learn about tea drinking but we also know that despite the lack of proper tea drinking habits we have a surprisingly wide range of tea houses in Budapest. What’s more some of these tea houses have a whole franchise system – the Zöld Teknős Barlangja, which was established in 2005 for example has expanded and now it is present in 15 countries around the world. The real strength of the Zöld Teknős is that is manages to mix a whole lot of different things – coffees, cakes, cookies and biscuits and of course, tea as well. Discover the separated little areas and the hidden rooms of the Zöld Teknős and enjoy the healthy and refreshing drinks.