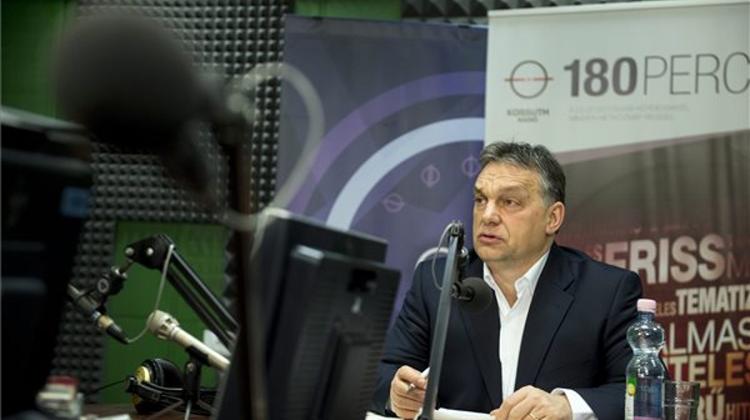 A fragile peace is better than war, the prime minister said in an interview to public radio, commenting on the Minsk agreement concerning the Ukraine crisis. There is hope for a ceasefire in eastern Ukraine but the situation is still fragile and “we are facing a real war”. Viktor Orbán insisted that he was on the side of peace which is in all Hungarians’ interest.

The participants of a European Union summit in Brussels on Thursday welcomed the Minsk agreement but their assessments of the situation vary depending on their own historical perspective, he said, adding that the emphasis is currently not on the sanctions but on peace.

Speaking ahead of his Friday visit to Kiev, Orbán said Hungary has rational interests in maintaining good relations with the Ukrainians.

“There is a war in Ukraine ... they are fighting for existence, for survival and for their territories,” Orbán said. This must be understood when dealing with the situation of Transcarpathian Hungarians, and the Hungarian government will always stand up for them, he added.

On the subject of Hungary-Russia ties, he said that Hungary needs rational and orderly relations with Russia, too. This is not easy because cooperation with Russia is an emotional issue for many Hungarians, but this must be overcome because Hungary’s obvious interest in security, economy and energy supplies must be kept in view, he added.

Commenting on Russian President Vladimir Putin’s upcoming visit in Budapest next week, Orbán said he was glad Putin had accepted his invitation, adding that Putin would always be welcome in Hungary and describing him as a “contentious but respected participant in European politics.”

Hungary should not take on “long-term commitments” when it negotiates its gas contract with Russia, Orbán said. Gas prices have become “unpredictable” because of falling oil prices, and this would be a difficult factor in negotiations on a new contract with Russia.

Nobody can say what a “reasonable” gas price will be for the coming 2-3 years, he added. Orbán declined to comment further on the matter until after negotiations. But he said that the current long-term contract that his government “inherited” had “plenty of disadvantages”.