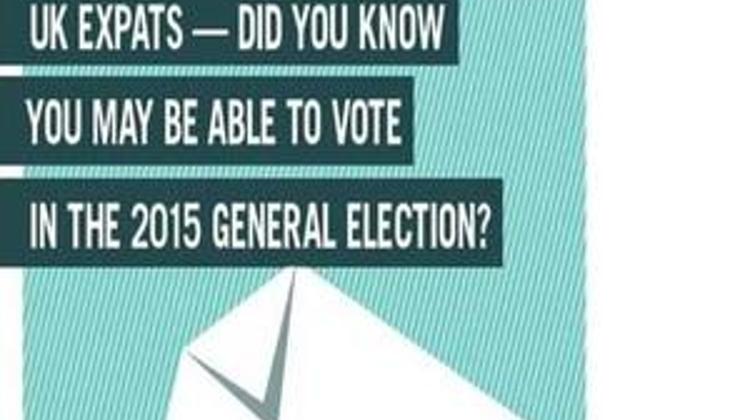 UK expats – Don’t miss out, you may be able to vote in the General Election says Electoral Commission.<br><br>This week the UK Electoral Commission has launched a dedicated overseas voter registration campaign. The campaign aims to encourage British citizens living overseas to register to vote ahead of the UK Parliamentary General Election, due to take place on Thursday 7 May 2015.

To mark the start of the campaign, the elections watchdog is hosting Overseas Voter Registration Day on Thursday 5 February 2015 in a bid to boost the numbers of UK residents overseas on the UK’s electoral registers.

This is the first UK General Election where people can register to vote online. The Electoral Commission hopes that the new online process will encourage more UK nationals living overseas to register to take part in elections from overseas.

Estimates show that there may be as many as 5.5 million UK nationals living overseas, but there are fewer than 20,000 currently on the electoral registers.

To register as an overseas voter, UK residents overseas must have previously been registered in a UK constituency within the last fifteen years.

Alex Robertson, Director of Communications at the Electoral Commission said:

A lot of people aren’t aware that it’s possible to register as an overseas voter for the General Election.

We need to challenge the misconception that once you’ve moved overseas you can’t take part. Many people can and now it’s easier than ever to take the first step by registering online.

That’s why we are urging UK nationals who are now living abroad to take five minutes on Overseas Registration Day to visit https://www.gov.uk/register-to-vote and make sure they will be able to have their say at the General Election in May.

Overseas Voter Registration Day is also the perfect opportunity for everyone to encourage friends, family or colleagues to check if they can vote and ask them to register online from wherever they are in the world.

The Cabinet Office and Foreign and Commonwealth Office are supporting the Electoral Commission’s campaign to raise awareness of voter registration among British residents overseas in the run up to the general election.

To register to vote, UK citizens should visit https://www.gov.uk/register-to-vote