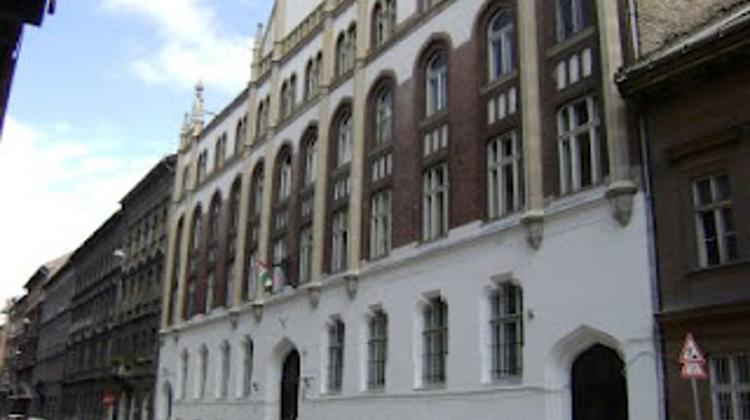 Described by expats today as a small but active English speaking congregation with a big heart, based in the centre of Budapest, it's history goes way back...Back in 1839 two Scottish missionaries John Duncan and Dr. Alexander Ketih set out for Palestine to reach out to the Jews. Riding on camels, one of them fell off the camel’s back, broke his leg and they were forced to return home. However, when they were on a boat traveling from the Black Sea up the Danube, they both fell ill and had to stop in Budapest.

Archduchess Maria Dorothea, one of the few Protestant members of the Habsburg royal family, looked after them. She told the missionaries about her deep concern about the state of the Hungarian Reformed and Lutheran churches and sent them back to Scotland with a request for help.

From 1840 to 1849 Budapest’s first bridge across the Danube, the Chain Bridge, was being built and Scottish chief engineer Adam Clark asked for English language church services to be held for his workers and their families. The two requests arrived in Scotland at roughly the same time. In 1841 the Church of Scotland sent its first three ministers to Budapest with a commission to establish an English-speaking church, to reach out to the city’s Jewish population, to work with local protestant churches and to help the poor. A school was started in 1846, funded by Jewish Christians.

Jane Haining, the most famous person associated with the church, became matron of the school’s girls’ home in 1932 in times of rising anti-Semitism throughout Central Europe. She returned from holiday to Hungary after the start of war in 1939 and remained throughout, to look after the welfare of the mainly Jewish girls.

The church and school were brought under the protection of the Swedish embassy by Raoul Wallenberg, a diplomat who sought to save Jewish lives. Many Jewish families survived by hiding in the church and school. Yet like Wallenberg – who died at the hands of the Soviets – Miss Haining was to pay a high price for her bravery. She was arrested by the Gestapo in early April 1944, shortly after German troops occupied Hungary.

She died of disease, according to the German authorities, on July 17 after two months in Auschwitz-Birkenau concentration camp. There are memorials to Miss Haining from both the Church of Scotland and Budapest’s Jewish community in our church hall. (For additional history on Jane Haining please access our Jane Haining online archives by clicking here).

Red Army soldiers stabled horses in the church during the 1944-45 siege of Budapest. Then the Communist authorities nationalised the school and church in 1950.

Hungarian and English-language worship was kept going on a monthly basis, however, by Hungarian Reformed Church ministers.

Recent history: A home for 99 years

After the collapse of communism, weekly English language services started again and the congregation was given the name St. Columba’s. Since 1990 the Church of Scotland has sent three ministers to Budapest: Alison MacDonald, Susan Cowell and Ken MacKenzie. Aaron Stevens became the minister of St. Columba’s in December 2006.

In October 2002, on behalf of the Church of Scotland Trust, representatives of the congregation signed a 99-year lease with the district council of Budapest’s district VI to use the church, in return for a nominal annual rent. The agreement has given the congregation greater security in its use of the building, the status of which had been uncertain ever since 1950. This has enabled the congregation to press ahead with extensive renovations, believing that God will continue to use the church as well in the future as he has in the past.

The congregation continues to be faithful to its roots by maintaining its commitment to inclusion, welcoming the “stranger” and the marginalized and being a place of community. It is committed to helping refugees, welcoming ex-pats and international students. Our building also houses two international faith groups: Sofar Messianic Jewish Fellowship and an Evangelical Ukranian Congregation. We are a community where ALL have a place at the table.

Several Scottish cultural events, such as ceilidhs (informal evenings of music and Scottish country dancing) and a Burns Supper also take place in our building. If you are longing for kilts and bagpipes, this is where you’re most likely to see them - see video above!