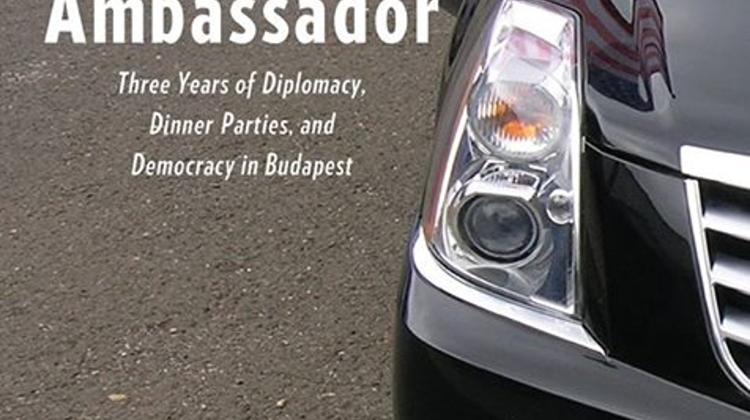 Have you ever wondered what it takes to be a U.S. Ambassador? Find out first hand at a party on 6 May in San Francisco, CA, to celebrate Eleni Tsakopoulos Kounalakis' memoir called 'Madam Ambassador: Three Years of Diplomacy, Dinner Parties, and Democracy in Budapest'. You can also learn details in the video below, and read all about it in a new book, by the first Greek-American woman ever to serve as a U.S. ambassador, in which Kounalakis draws back the curtain on what it is like to represent the U.S. government abroad, as well as how American embassies around the world function.

In Madam Ambassador, readers follow Eleni Kounalakis- first-generation American, first-time diplomat and mother of two-as she finds herself tapped by President Barack Obama to serve as the U.S. Ambassador to Hungary under
Secretary of State Hillary Clinton.

A California business woman who crosses over into the world of high-level government service, Kounalakis endures a grueling vetting process where she is asked if she's ever cheated on her husband or sent embarrassing emails, and attends ambassador "charm school" along with other prospective diplomats. But when she finds herself at the top of the chain of command of a medium-sized U.S. embassy in a former Soviet satellite nation, she realizes that nothing could have completely prepared her for the realities of her new life in Budapest.

With startling candor, Kounalakis recounts the triumphs and gaffes of her newly public life. Along with glamorous dinners and thrilling hunting excursions come a strain in the U.S.-Hungarian relationship. When a center-right political party gains a two-thirds supermajority-rewriting the country's constitution and almost all of its laws-Hungary experiences a crisis in its post-communist transition to democracy. As Hungarians serve shoulder to shoulder with U.S. troops in Afghanistan, the country grapples with the rise of Hungarian nationalism and anti- Semitism back home.

The first Greek-American woman to serve as a U.S. ambassador, and at age forty-three one of the youngest women ever to serve in the role, Kounalakis is a charming and entertaining guide who sees the world of international relations through fresh-and sharp-eyes.

A cross between a foreign policy memoir and an inspiring personal family story, Madam Ambassador draws back the curtain on what it is like to represent the U.S. government abroad, as well as how American embassies around the world function.

Ambassador Eleni Tsakopoulos Kounalakis served as the U.S. ambassador to Hungary from January 2010 until July 2013. She now chairs the California International Trade and Investment Advisory Council and is a senior adviser to the Albright Stonebridge Group. She lives with her husband, journalist Markos Kounalakis, and their two sons in San Francisco.

"Ambassador Kounalakis brings us inside the world of American diplomacy in a personal, accessible way, sharing her experiences as a diplomat during challenging times."
-Congresswoman Nancy Pelosi

"If you want to know what it looks like for a woman to 'lean in,' read Ambassador Kounalakis's book. It is an inspiring example of a businesswoman-turned-diplomat taking every opportunity to effectively advance the interests, values, and security of our country."
-Janet Napolitano, former U.S. Secretary of Homeland Security

The New Press / The Author