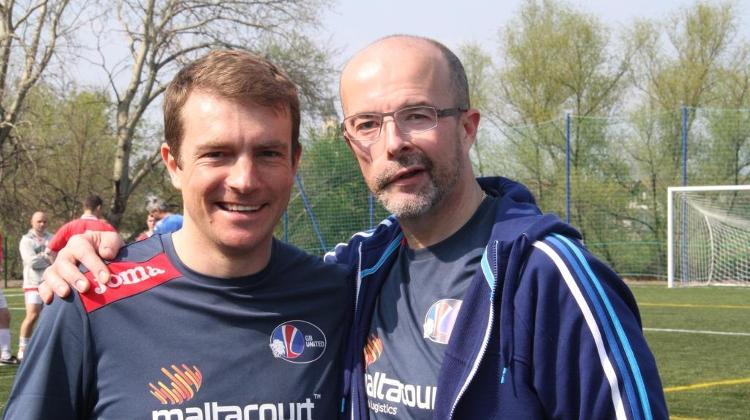 Hungarian football team Vác FC recently won 3-2, against Bölcskei SE, to the delight of expat owner and chairman Mr. John P. Marshall (pictured on left, with previous British Ambassador to Hungary Mr Jonathon Knott). This game was packed with goals as the video below shows, for the record the match scorers were Gulyás (2'), Kószás (22'), Pölöskei (35') and Miskovicz (9'), Tóth (19').

Based in Vác, north of Budapest bordering on the IV district of Újpest, the club was established in June 1899, and plays its home matches at the Stadion Városi Vác.

Next game is away to Várfürdő-Gyulai Termál FC on Saturday 16 May, kick-off at 4pm. XpatLoop wishes our fav football team the best for this game and for promotion.