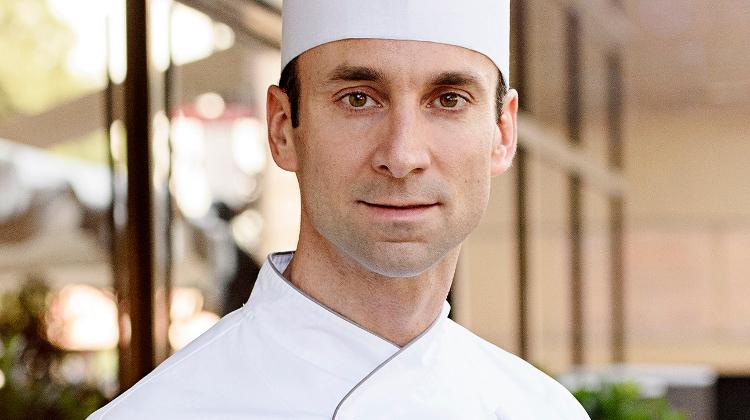 Every course has its own story inspiring various conversations. I believe that these moments are worth sharing.” Gergő Gullner’s work gives the hotel’s gastronomy, which is a blend of luxury and tradition, a completely new dimension... <br> After returning from Kuwait, Gergő Gullner started working in InterContinental Budapest, where he had learnt the basic cooking methods as an apprentice and had developed a passion for gastronomy. Gergő has also worked in Vancouver, New York, Budapest, Zurich, Dubai, Moscow and Kuwait. As an employee of the biggest hotel chains, including Baltschug Kempinski (Moscow), Zurich Mariott Hotel (Switzerland), the Monarch Dubai (the United Arab Emirates), let alone the Al Wazzan Group in Kuwait, he met a wide range of special ingredients and exotic dishes.

As an employee of the biggest hotel chains, including Baltschug Kempinski (Moscow), Zurich Mariott Hotel (Switzerland), the Monarch Dubai (the United Arab Emirates), let alone the Al Wazzan Group in Kuwait, he met a wide range of special ingredients and exotic dishes.

Gergő’s delicious culinary specialities have been tasted by several famous people, including Pope John Paul II, Queen Elizabeth II, Hilary Clinton, Roman Herzog, Prince Philip, Duke of Edinburgh and many others. He summarises his gastronomic philosophy as follows: “I adore simple things in life, which is reflected in my culinary activity, as well. I don’t like overcomplicating things.

I always look for the perfect combination of flavours, which I later share with others. Instead of merely preparing dishes, I would like to provide a unique experience for my guests. Every course has its own story inspiring various conversations. I believe that these moments are worth sharing.”

Due to Gergő, Corso Restaurant introduced a new menu in the middle of June. Besides seasonal dishes, traditional Hungarian specialities are in focus, however, according to our new concept, they are served in a uniquely luxurious manner. For example, squash wrapped in tomato is served with dill sauce and fried squash, avocado is added to quinoa salad, while goose liver pâté arrives with peach chutney.


Even Ceasar salad is served in an unconventional way. Andalusian vegetable soup is served with avocado cucumber, poached cod and caviar, moulard duck breast with chantarelle and Kecskemét apricot polenta garnish. The savoury flavour of panna cotta is given by basil, while the piquant flavour of chocolate mille feuille comes from Tihany lavender. The ratio of Hungarian dishes to international dishes is 60% to 40% on the menu. The ingredients mainly come from local small producers, but they are always fresh.

Guests can try our new dishes even on the renovated Corso Terrace. Although the menu has changed, the view and the high quality of the service has remained the same.

In addition to the menu, Gergő has renewed Sunday Brunch, as well, so our guests can enjoy new dishes on Sundays. Our latest specialities include dishes against hangover from the traditional Hungarian cuisine. Corso Restaurant is pleasing its guests by offering vegetarian and healthy dishes as well as cheese specialities and a wide range of sushi throughout the summer.