Breaking: Pussy Riot On The Island Of Freedom 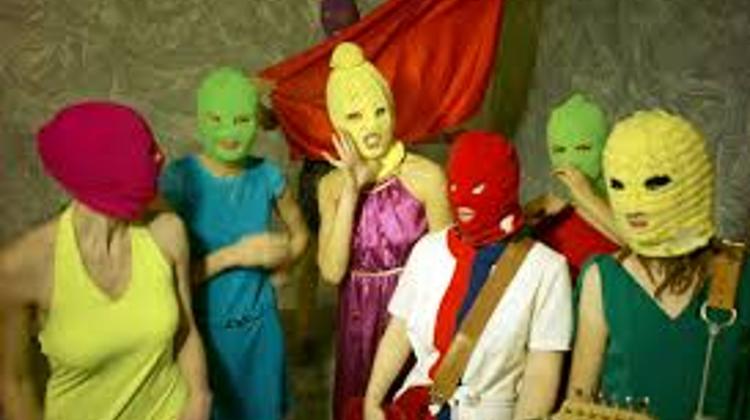 Just confirmed last minute to Sziget: the two emblematic members of Pussy Riot, Nadia and Masha, who are known from the feminist-punk-activist Putin opposer band are now arriving to Sziget after their successful time at Glastonbury Festival.

The public, interactive roundtable discussion of the pussy revolution will be at the Island of Freedom 14th August.

Exactly on the re-election night of Vladimir Putin in September of 2011, a collective was formed by young Russian girls, lead by Nadezhda Tolokonnikova and Maria Alyokhina. The punk activist group called Pussy Riot, got world-known for their Putin-opposing performances, show trial, imprisonment and their sentence to penal colonies.

Thanks to a strong and unified international pressure, they got back their freedom. Such artists have supported them as Madonna, Red Hot Chili Peppers or Franz Ferdinand. Earlier they have said that Russia is in the need of a fighter punk feminist band and that their aim was to make the whole world laugh at Putin and any leader who has principles should never sit down to a table with him.

The political views of the band are merged from feminism and anti autocracy. Their performances and songs are feminist proclamations in the name of democracy and gender equality. Lately they have visited Glastonbury Festival, where they received high interest from the world press. BBC wrote: "It was awesome, they are totally, unbelievably inspiring.

They inspire a generation.", while The Guardian noted that "Pussy Riot proved that revolution is still alive at Glastonbury." After their success in the UK, the girls were happy to come to Sziget, to the Island of Freedom, to have an interactive discussion.

This program will be a charity event as well, as their fee received from Sziget will go to a human rights organization supported by them. So, 14th August at Sziget, Pussy Riot will speak about freedom at the Island of Freedom.