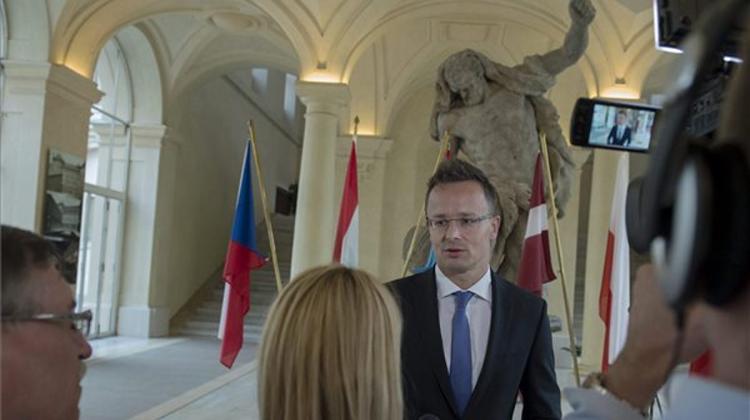 Minister of Foreign Affairs and Trade Péter Szijjártó once again called on the Prime Minister of Croatia to “stop criticising Hungary and the Hungarian people” on Saturday, the Ministry said in a statement issued to Hungarian news agency MTI. According to the information provided, in a statement to Serbian public television on Friday Croatian Prime Minister Zoran Milanovic said Hungary is building a wall towards the barbarians, the Serbians, which he regards as unacceptable.

“Croatia could prevent Serbia’s EU accession, but this is something I would not like”, he also declared.

In reply, the Hungarian Foreign Ministry said: “The difference between the Hungarian and Croatian governments has become clear during the past two weeks. The Croatian Prime Minister has been continuously insulting Hungary and the Hungarian people for the last two weeks, despite the fact that ‘he would have reason to be modest’ in view of the fact that Croatia’s immigrant care system collapsed within a day”.

“Instead of registering and caring for immigrants, Croatia is transporting then to Hungary en masse”, the communiqué reads. “Croatia has blackmailed Serbia and made absurd accusations about Hungary.”

In contrast, Hungary is abiding by every EU law and regulation and has provided care and accommodation for the more than 240 thousand immigrants who have entered the country so far this year, the vast majority of whom it has also successfully registered.

“Hungary respects those countries who are also doing their part and bearing the burdens involved”, the Ministry’s statement says in closing.

In an interview to Serbian news agency Tanjug on Friday, Minister of Foreign Affairs and Trade Péter Szijjártó called on the Croatian Prime Minister to leave Hungary and Serbia alone and refrain from involving them in the Croatian election campaign.