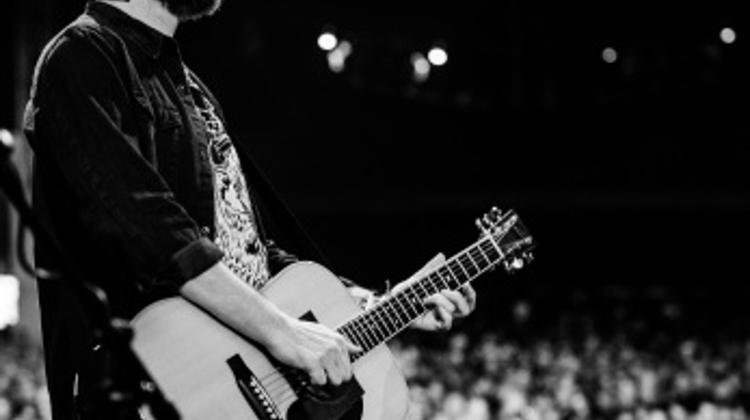 This NOVEMBER 11th Fink gig has been cancelled due to ligistic reasons. All purchased tickets can be exchanged for the Fink gig on the 12th till the beginning of the concert. If this date does not suit you the bought thűickets will be refunded till 11th at our cashier. Since the concert on the 12th will be probably a sold out gig please exchange your tickets for this gig as soon as possible. Sorry for the inconvenience!

A recording/performance name of Brighton, UK’s Fin Greenall - a Bristol-born understated singer-songwriter. He is an uncompromising artist - in acoustic folk / blues / dub - with an astounding stage presence, signed to Ninja Tune Records. With live accompaniment by Guy Whittaker (bass) & Tim Thornton (drums), they have played over 300 shows, in the last three years (inc’ supporting Zero 7 & Massive Attack). In addition to his performance history, Fink has written with many (inc’ John Legend & Amy Winehouse), plus remixed Elbow, Nina Simone, 坂本龍一 & Robert Belfour. Prior to all of this, Greenall - who grew up in the same city as Roni Size, Portishead & Massive Attack - was a Ninja Tune DJ, spinning trip-hop & breakbeat internationally.

Fink’s 2006 debut Biscuits For Breakfast (recorded entirely in his loft in Brighton) saw him reincarnated to become Ninja Tune’s first singer-songwriter. Such was the impact of this collection of songs on the underground British musical landscape, iDJ Magazine stated: “If ‘Blue Lines’ was about Generation X’s experience of house parties, hip-hop and smoking drugs then this astonishing album is its millennial equivalent.”

2007 saw the release of Distance And Time, another critically acclaimed record that saw Fink’s fan base spread around the world. As an incredibly accomplished and versatile vocalist and guitarist he has since performed as a special guest in front of thousands at London’s Royal Albert Hall as part of BBC Proms, New York’s legendary Carnegie Hall (where he performed a cover of REM’s ‘The Apologist’ in front of the song’s creators), and even Milan’s 80,000 capacity San Siro Stadium. It was also Distance And Time that caught the attention of John Legend, with whom Greenall co-wrote ‘Green Light’ featuring Andre 3000 and ‘Set Me Free’ from Legend’s Evolver LP. Legend, in return, makes a guest appearance on piano, and co-wrote two tracks with Greenall on Sort Of A Revolution.

There are very few independent artists who have quietly accomplished such an amazing array of achievements, and judging by this new and impeccable record, it doesn’t seem that Fink - many a music fan’s best kept secret - will be a secret for too much longer.