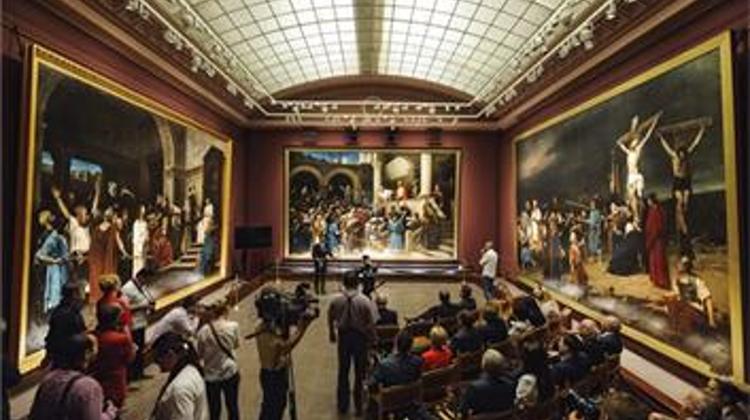 A few days after “Golgotha” was added to the list on November 20, “Christ Before Pilate” was also listed. As a result, these paintings must not be removed from Hungary and a special licence is needed even to move them to a different location from the Déri Museum in Debrecen in eastern Hungary.

Pákh told the paper that the procedure was against the law and it was unjustified, adding that a decision about his appeal was expected in late December or early January. “If the protected status is maintained, which is rather likely, then my lawyers will continue seeking further possibilities,” he said.

He added that he would not remove a cover from the painting on display in Déri Museum as long as the government does not buy it or remove it from the list of protected artworks. The central bank said it maintained an offer to pay 6 million dollars for the painting.

In June, the cabinet office initiated a procedure to prevent “Golgotha” (1884) from being permanently removed from the country.

The state has owned “Ecce Homo!” (1896), part of the series, for decades and it has also acquired “Christ Before Pilate (1881)”, another of the three, from Canada’s Art Gallery of Hamilton for 5.7 million dollars, with funding from the central bank’s programme to buy national art treasures.