Restaurant Review: A Tasty Land Of Plenty At Kánaán In Budapest 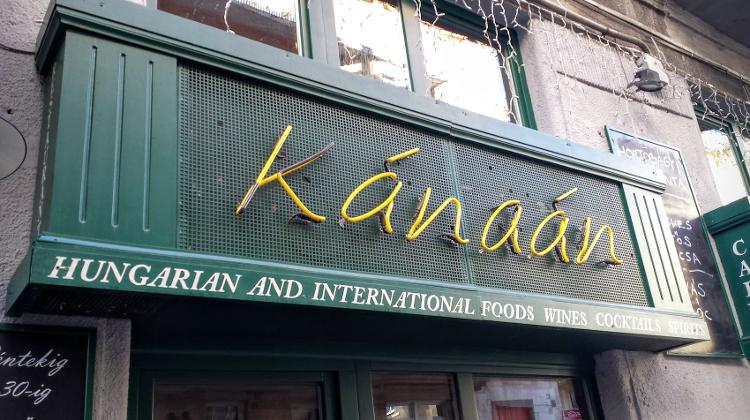 Our goal with these reviews is to show all many faces of the Budapest dining scene, ranging from street food to upscale, and others in between inc the latest hip eats. We are not going to bash restaurants here, if they fail to deliver the quality we expect then those restaurants will simply not be featured. You see it's all about good food, quality drinks and fun you can have when you are indulging in both of them in a good venue. My first article will introduce a good old Hungarian restaurant in the 13th district, as great restaurants like this - which have been around for ages - are not getting nearly enough praise nowadays.

Kánaán: A Land Of Plenty (In Hungarian)

I have known this place for quite a while, and now since they have a new menu it was time for us to see what changed. Kánaán Restaurant is located about 5 minutes walk away from Lehel Square metro station on the blue line ( M3 ). If you plan to come by car try parking at Westend Shopping Center as the parking spaces around the area are always full.

This area has many very nice Hungarian restaurants yet it is undiscovered by the tourist crowds and frequented mostly by locals. Kánaán is a Hungarian style restaurant set up in a traditionally small and narrow space like many other pubs and restaurants in this part of the 13th district. It has 2 floors with a few tables on the ground and the 1st floor.

I believe they didn’t only started a new menu but they also refurbished the restaurant recently the decoration was brand new so it was the painting on the walls and the entire place looked spotless clean.

Since we came to have lunch my partner chose to have part of the daily menu. She was having “Vasalt csirkecomb” which is chicken legs grilled between 2 hot iron plates leaving the meat somewhat chewy and juicy. It was served with mashed potatoes and pickled cucumbers. It is important to mention here that this definitely is not for someone who prefers the meat done very well.

I chose to have bean puree soup from the daily menu as a starter which was a pleasant experience. Not quite the same as it is in Texas but the best one I ever had anywhere outside of Texas. The Texas version tastes more like salsa while this soup was nice and creamy with a soft bean taste.

I picked the main course from the à la carte menu. I ordered the Beef stew with german dumplings "spaeczle” and gherkins. This food was brilliantly served in a small enamelled pot. The kind my grandmother used to cook goulash in on Sundays only that was much bigger in capacity. I really liked this presentation as it brought back old memories.

The food was also very nice exactly what you would expect from a beef goulash however the spaeczle was kind of different from the version served around the Stuttgart region in Germany. In short the German version is a lot thinner while the version here really looked like Hungarian dumplings (nokedli) while it has a distinctive spaeczle taste.

As a dessert we shared a Lime pie with my partner. This again was one of the best Lime pies I had in Budapest not too sweet not too sour, perfectly balanced without the sugar overdose feeling.

To summarize our experience at Kánaán , I still like this place very much. If you are after Hungarian food or international food with a Hungarian twist this restaurant would be a very good option. We paid HUF 4.7K for the 2 of us which included the food described above plus 2 lemonades, so I would say it is moderately priced. Lunch prices are less than the prices on the à la carte menu though.

About the author: Although I'm not an expat in Budapest, I was an expat for 13 years in various other countries, so I am an Xpat! I can look at Budapest with expat eyes and with those of a local, and the articles in this series about Budapest restaurants and pubs will try to feature both the new hip places and those you – not being a Budapest native – might not know about...

Are you interested to get daily hints and tips on eating out in Budapest, would you like to know the latest hotspots for quality drinks and food? You know cool places and you are ready to share them with others? Join Budapest Good Food and Drinks Guide facebook group - www.facebook.com/groups/budapestfoodguide - to see what Hungarians and expats, yes Xpats, all like.


This opinion does not necessarily represent the views of this portal. Your opinion articles are welcome too, for review before possible publication, via info@xpatloop.com