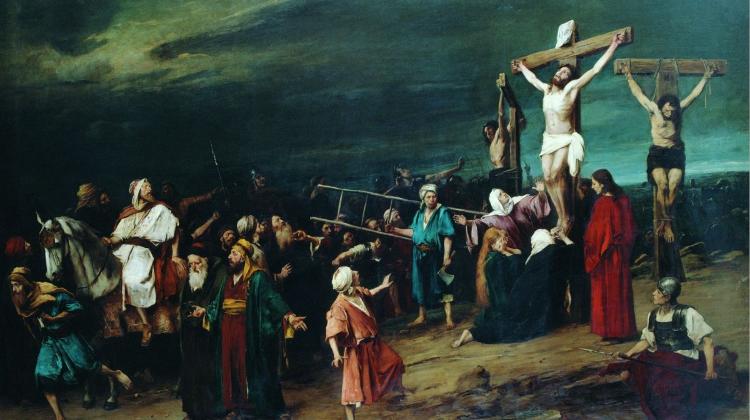 Hungarian-American Imre Pakh will sue over the listing of a painting he owns that is currently on loan to the Déri Museum in Debrecen, the art collector told Hungarian news agency MTI yesterday.

As long as the painting by Hungarian master Mihály Mukácsy is listed, it will remain out of public view, Pakh said, speaking from New York. Pakh added that he has a permit from Hungaryʼs authority for the protection of national heritage to remove the painting from the museum, but he has no plans to do so.

Hungaryʼs authority for the protection of national heritage recently declared “Golgotha”, the monumental painting by Munkácsy, a listed work of art, thereby preventing its removal from the country without a permit and giving the state pre-emption rights for its purchase.

The declaration, which may not be appealed, was issued after Pakh contested the first declaration listing of “Golgotha” last year.

Pakh ordered the painting be veiled from public view last year after he failed to reach an agreement on its sale to the state of Hungary.

The painting is part of Munkácsyʼs famous “Christ Trilogy”, all three of which hang in the Déri Museum. The state has owned “Ecce Homo!” for years and it recently acquired “Christ Before Pilate”, another of the three, from Canadaʼs Art Gallery of Hamilton for $5.7 million, with funding from the National Bank of Hungaryʼs program to buy national art treasures.

The central bank earlier indicated it was willing to pay $6 mln to acquire “Golgotha”, but Pakh asked for $9 mln. Pakhʼs offer included the loan of all 52 Munkácsy paintings in his collection for a period of twelve years as well as pre-emption rights for the works.