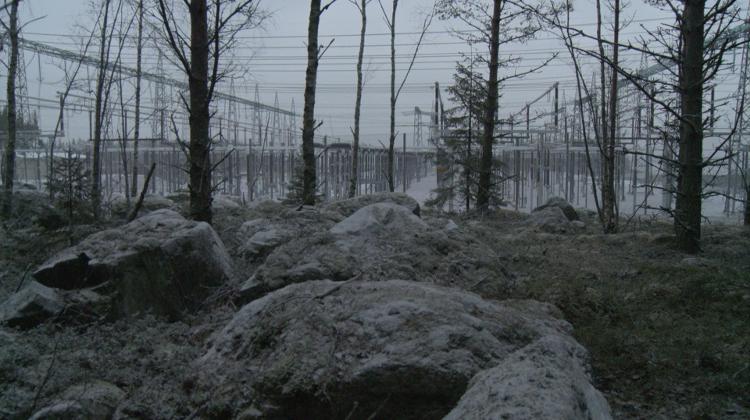 The Blinken Open Society Archives invites you to its two-day series of programs spanning from morning till late at night, commemorating the thirtieth anniversary of the nuclear power plant disaster at Chernobyl. Evening programs include film and book launches and literary readings to help discuss the events that happened thirty years ago while also touching upon issues concerning the safety of nuclear power, individual and social responsibilities or sustainable and responsible energy management, taking into account aspects of the present as well as of the unforeseeable future.

During the day, visitors can view an exhibition of selected OSA documents on Chernobyl in the research room of the Archives. Secondary school students can take part in creative workshops examining issues such as how the main discourse surrounding energy safety and sustainability has changed in the past thirty years or what can be done – both individually and as a society – to ensure responsible energy management.

The series of programs wishes to highlight by its own marathon length how far-reaching the consequences of our present decisions about sustainability and energy are, and that everyone must be aware of this responsibility, not just the decision-makers.

Programmes On Both Days (During The Day)

The Radiant Black Mugwort
Black Mugwort (Artemisia Genipi) is bitter, and the word ‘black’ makes it even more inauspicious. However, this highly allergenic herbaceous plant, used as a spice and an herb, does not wish to frighten anyone, nor can it be blamed for lending its name to the small, northern Ukrainian town close to the Belarusian border, whose name is still depressing to this day - Chernobyl.

The Lenin Nuclear Power Plant in Chernobyl exploded at 1.24 a.m. on 26 April 1986, due to overheated cooling water. Authorities did their best to delay breaking the news to the world, as failure was a forbidden word in the Soviet Union. The explosion killed 30 people immediately, but the terrible impact of the escaped radioactive materials was even worse. There are various opinions concerning the exact data on how distant areas were affected and how many people’s lives and health were threatened by this uncontrolled force of energy.

This workshop aims to teach the lessons learned from this disaster, especially because mankind’s hunger for energy has not decreased at all. We will examine what kind of responsibility each of us has for the near or distant future of human communities, what new, viable and alternative options there are for abandoning dangerous power plants and what the role of the media is in creating healthy public opinion, through creative and cooperative tasks and debates.

It is all about us, and, of course, about the mugwort blossoming at the side of roads.

HU-EN Screens in the research room will display a selection from the archives concerning the disaster at Chernobyl. For instance, visitors can watch excerpts from Svetlana Alexievich interviews, as well as a summary of news reports (from the Soviet Union, Eastern Europe and the USA) from the time of the disaster and films relating to the topic from the OSA collection.

Approximately 100 women defiantly cling to their ancestral homeland in Chernobyl’s radioactive “Exclusion Zone.” While most of their neighbors have long since fled and their husbands have gradually died off, this stubborn sisterhood is hanging on—even, oddly, thriving—while trying to cultivate an existence on toxic earth.

7.00 p.m. Literature - “End of the World” – György Dragomán reads an extract from his novel The White King

(In Hungarian; the English translation of the chapter will be displayed on a screen – The White King, translated by Paul Olchváry)

“The first words and the opening sentence promise a nostalgic and familiar childhood short story… But merely halfway through that first sentence we notice something is amiss: the cosy, sweet voice of childhood memories, the nostalgic reverie is merely an illusion, a carefully set up trick by the author… The reader is stunned to realize that the familiar, nostalgic voice looks back upon terrible things, deep in the child’s words the silence of horror dwells. No less stunning is the horrible truth that unfolds: we are on the day following Chernobyl…” (Ferenc Takács: The Human State / Az Emberi Állapot / critique on The White King)

Chernobyl was not just the strategic site of the infamous nuclear plant. The towering Duga radar system was also built nearby with the aim of tracking American missile launches. The transmitted radio signal, nicknamed the ‘Russian woodpecker’ due to its characteristic rhythm, jammed Western radio and TV broadcasts. Fodor, an eccentric Ukrainian artist, is the hero of this documentary as he seeks to discover whether the 1986 explosion at the power plant could have been related to this secret antenna. His daring, almost absurd, conspiracy theory helps to reveal the harsh reality of past and present Russo-Ukrainian relations. The film won the award for Best International Documentary at the Sundance Festival.

Chernobyl was not merely a disaster, but a warning too, and Alexievich thinks every generation must learn from the signs sent to the future. The Nobel Prize-winning Belarusian writer spent two decades with the Chernobyl theme. She spoke to people who were ordered to the nuclear plant to do the most dangerous jobs in the immediate aftermath of the disaster. She also interviewed widows who have nothing but awards and certificates left. We get to know the victims, those responsible, as well as the reckless volunteers ruined by the typical Soviet attitude.

The book Chernobyl Prayer, Chernobyl and the nuclear energy will be discussed by Péter Kaderják, leader of the Regional Centre for Energy Policy Research, András Perger, energy campaigner for Greenpeace and Miklós M. Nagy, editor of the book. Moderator: Miklós M. Nagy

Can we contain some of the deadliest, most long-lasting substances ever produced? Left over from the Cold War are a hundred million gallons of radioactive sludge, covering vast radioactive lands. Governments around the world, desperate to protect future generations, have begun imagining society 10,000 years from now in order to create monuments that will speak across the time. Part observational essay filmed in weapons plants, Fukushima and deep underground—and part graphic novel—Containment weaves between an uneasy present and an imaginative, troubled far future, exploring the idea that over millennia, nothing stays put.

The film will be introduced by Karl Hall (Associate Professor, CEU, Department of History).

In Onkalo, Finland, the world’s first permanent repository is being hewn out of solid rock to bury radioactive waste. Onkalo is a gigantic network of tunnels being carved out of bedrock that will start receiving Finland’s nuclear waste in 2020. Into Eternity takes viewers deep into the facility as it is being constructed and asks Onkalo representatives, scientists, theologians and others to address fundamental but challenging questions, including how to warn distant generations of the deadly waste our civilization left behind? How do we prevent them from thinking they have found the pyramids of our time, mystical burial grounds, or hidden treasures? The film not only raises questions about the possibility of long-term nuclear waste storage, but also invites reflection on the limits of science and human knowledge, along with our responsibility to future generations and the heritage we leave behind.

Seating is on a first come, first served basis.