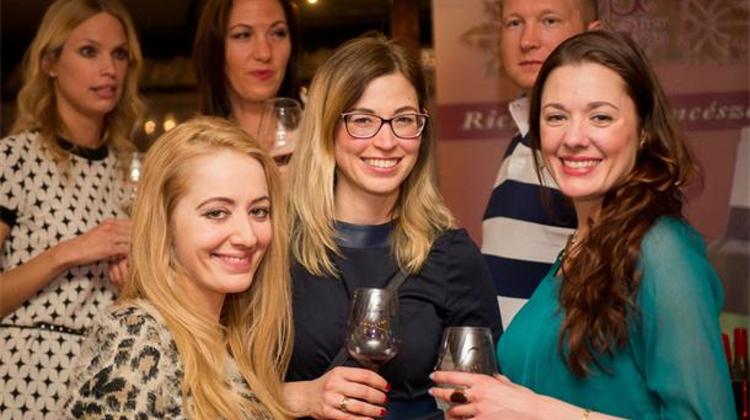 Xpat Wine Club continued its tradition of providing a forum for tasting and toasting, most recently at night club BRKLYN, the name of which is inspired by Brooklyn, the borough at the heart of New York City’s melting pot.

As BRKLYN’s web site (http://www.brklyn.hu/) reads, Brooklyn is “full of life, vibrancy, color and values…like open-mindedness, creativity, inspiration, "sparkling" life and street food. A place where old industrial buildings are transformed into bars, galleries and restaurants.” This could pass for a description of Budapest’s seventh district, where BRKLYN is situated on Kazinczy utca.

Thus BRKLYN was an appropriate location to host Xpat Wine Club’s eclectic mix of worldwide expats and Hungarians from multinational and local business, including internet, law, and advertising as well as the arts, ensuring lively and dynamic conversation, exchange of ideas and business cards.

As usual the event was hosted by Xpatloop head and master of ceremonies Stephen Linfitt, who ensured guests headed into the Easter holidays in good spirits.

Words by David Keresztes for XpatLoop.com