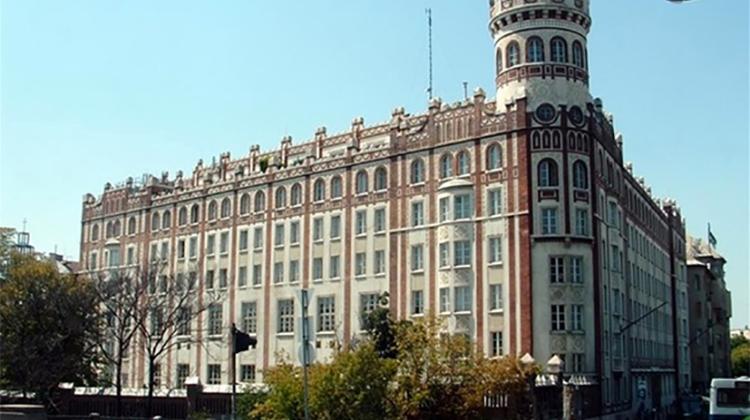 The National Bank of Hungary’s (MNB) controversial Pallas Athéné foundations (PADA) moved some of their endowment from government securities and bank deposits into real estate, according to the head of the investment company that manages the assets of the foundations, Hungarian news agency MTI reported.

Three properties in Budapest and one in Debrecen were purchased for a total of HUF 25.2 billion, according to Zoltán Fekete, the CEO of investment company Pallas Athéné Optima Befektetési, MTI reported. As a result, the foundationsʼ holdings of government securities dropped to HUF 175 bln, MTI said.

The Budapest real estate holdings from the deal will comprise two office buildings in Millenáris Park, and the Buda Palace at Széll Kálmán tér, nepszava.hu reported.

The total assets of the six MNB foundations were reported at HUF 267.2 bln in March, up by HUF 800 mln over their original investiture, MTI said. The funds were initially made up of HUF 197.3 bln in Hungarian government securities, HUF 37.7 bln in equity, HUF 24.5 bln in real estate, and HUF 7.8 bln in bank deposits, MTI said.

The European Central Bank stated in its annual report in April that it is monitoring programs by the MNB, “which were not related to monetary policy and which could be perceived as being potentially in conflict with the monetary financing prohibition”.

After initially seeking to keep information on the PADA foundations’ expenditures classified, the MNB was forced to reveal details of the spending by a court that ruled the funds are public. Anger over the revelations led the opposition to request the resignation of MNB Governer György Matolcsy in May.

Documents showing Matolcsyʼs involvement in the investment decisions of the PADA foundations were published by the opposition in April. According to the opposition, documents show that Növekedési Hitelbank, owned in part by Matolcsyʼs cousin Tamás Szemerey received several deposits from PADA, and so did Sándor Demjánʼs Gránit Bank and OTP Bank.

The opposition also alleged that Matolcsy was responsible for the foundation’s purchase of several billion forints worth of Hungarian and Italian state bonds, a purchase that could not have been permitted by the MNB.

According to reports from May, the 18th-century mansion gifted to the PADA by the MNB is valued at HUF 2.4 bln and will be transformed into an economics school, complete with luxurious furnishings and a wine-and-cheese shop. Matolcsy has said he wants the school to teach his own brand of “unorthodox economics”.

Other foundation activities include awarding grants to right-wing publishers to publish pro-government books, including a six-volume history written by an oncologist, The Economist reported in May. The activities of foundations affiliated with the MNB have also come under the scrutiny of the European Central Bank as evidenced in its annual report issued last month, in which it highlights the lavish spending of these foundations, The Economist added.

Legislation to classify central bank spending was pushed through Parliament in an expedited procedure on March 1, after a journalist sued to gain access to details of the spending by the MNBʼs PADA foundation.

In a rare break with the wishes of the government that appointed him, Hungarian President János Áder on March 9 declined to sign that legislation, and asked the Constitutional Court to decide whether the measure was permitted by Hungaryʼs Constitution.

The court ruled on March 30 that the MNB must release data on all tenders managed by PADA, up to the date of the data request by journalist Károly Csabai.