UAE To Open Embassy In Budapest Next Year 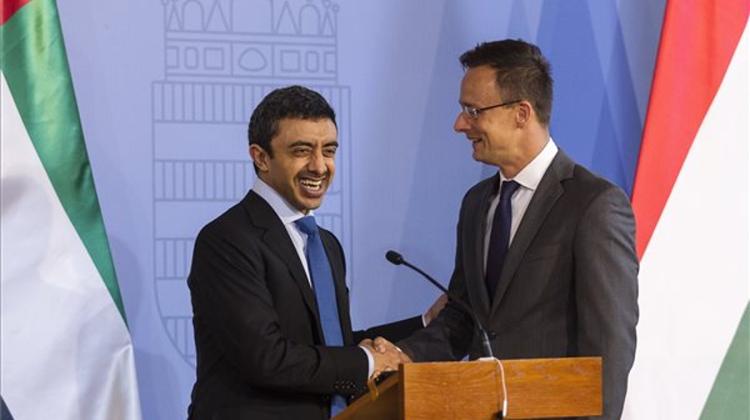 The United Arab Emirates will open an embassy in Budapest next year, an important step in further strengthening bilateral relations, UAE’s foreign minister said in Budapest, after talks with his Hungarian counterpart. The governments of the UAE and Hungary hope to conclude several agreements this year, Abdullah bin Zayed Al Nahyan told a joint press conference with Péter Szijjártó.

As a leading country in the Arab Gulf, the United Arab Emirates plays a key role in ensuring stability in the region, Szijjártó said.

He said that cooperation with that country is of vital importance now that NATO faces challenges from that direction. Speaking about bilateral economic ties, Szijjártó identified cooperation prospects primarily in water management and energy including training nuclear experts for the UAE.

He said that the UAE’s airline, Emirates, plans to operate its second largest customer service centre in Budapest soon.