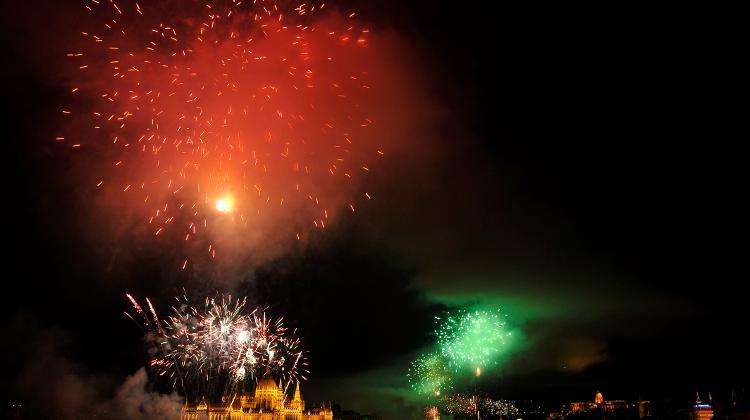 Programmes begin on Kossuth tér at 8.30 a.m. Saturday morning where the national flag will be hoisted while soldiers present a military salute and army offers are inaugurated. Defence Minister István Simicskó will welcome the crowd after which President János Áder will deliver a speech.

During the day people are invited to the Street of Hungarian Flavours on Lánchíd utca. Visitors will have a chance to see the royal crown in Parliament from 10 a.m. to 6 p.m.

The annual cake of Hungary will be presented on Clark Ádám tér at 11 a.m.

A formal holy mass will begin at St. István Basilica at 5 p.m., followed by a procession of the Holy Right Hand.

The number of main transport routes in Buda and Pest will be closed down due to the August 20 programmes. A number of traffic restrictions also affecting Danube bridges will enter into force today.

Public transport is recommended for those heading to the downtown area at the weekend. The Budapest Public Transport Centre advises commuters to get transport updates through the BKK’s Facebook page.