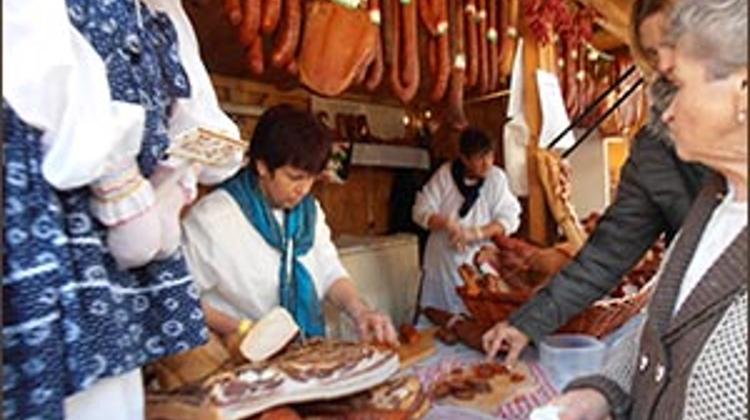 Event organisers of the officially titled 'Pig Slaughtering Sausage Festival in Budapest' told XpatLoop this is, "Hungary's most dynamically developing gastro-festival". It takes place this weekend at the Hungarian Railway History Park around its 10 acres of event space. The catchy festival slogan is 'to maintain traditions, gastronomy and folklore', anyway we're sure pork lovers will find the event to their taste.

At front of the 140-year-old Csabai Tájház built up at The Water Tower Park is none other, then the world famous Csabai sausages will be prepared. Within the walls of the Tájház the visitors may get acquainted with life of the former lowland. The atmosphere and the flavours of the region will be brought at the capital for three days.

During the daytime family programs, folklore shows, pig slaughtering and giant sausage fare will wait up for the visitors. From bear sausage until Spicy Csabai, 250 kinds of sausages could be purchased directly from the producers. A wild range of sausages, which is not available in stores!

A list of some of the attractions at titbit: oldtimer car and motor exhibition, veteran and stable engine, steam engine exhibition, exhibition of model railroad layout. During the Sausage Festival at the Railway Museum will operate all of the interactive program also: horse, garden railway, hand cars, rotary engines.

On Friday " sausage fair " entry tickets on 50% discount! The visitors will be carried free of charge by the Festival Bus, from the West Railway Station ‘til the Railway Park, back and forth, during the entire opening hours of the Festival.

On the site huge parking lots are available for guests arriving by car and bus, also free of charge. During the Festival the Esztergom rail line 6 times daily will stop the train at the Railway Museum stop."