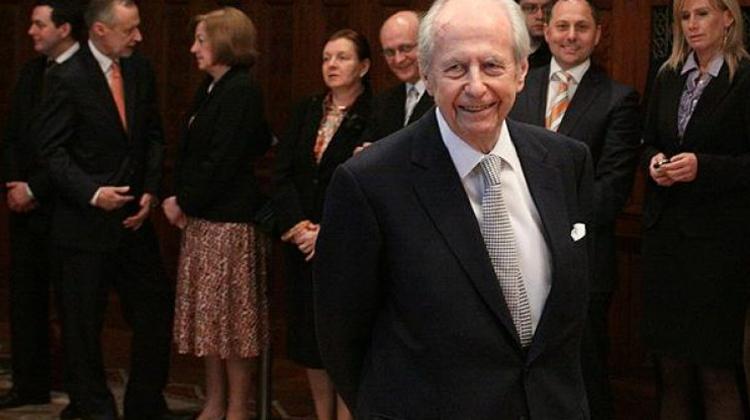 With effect from 1 January 2017 William de Gelsey will resign from his position as Chairman of the Board of Hungarian pharmaceutical company Gedeon Richter Plc. Gelsey, who intends to leave his his status as a member of the Board unaffected, will be replaced as chairman by Erik Bogsch, Richter’s Chief Executive Officer.

Baron William de Gelsey, a 95-year-old British citizen with Hungarian aristocratic roots, started his studies at the Catholic University of Budapest, but graduated at the Trinity College of Cambridge in 1942. Between 1942 and 1951 he worked for the Imperial Chemical Industries in England.

Later he worked as CEO for Hill Samuel & Co as well as for the Orion Royal. Since 1988 Baron William de Gelsey has been the leading adviser of the UniCredit Bank in Vienna and since 1999 he has worked for Richter as chairman of the board of directors.

In 2005 Gelsey was awarded by Pope John Paul II with the Knight Commander Order Of St. Gregory The Great for the work the Baron has done for the Catholic education in Hungary. Baron William de Gelsey is founding member of the Friends of Hungary Foundation.