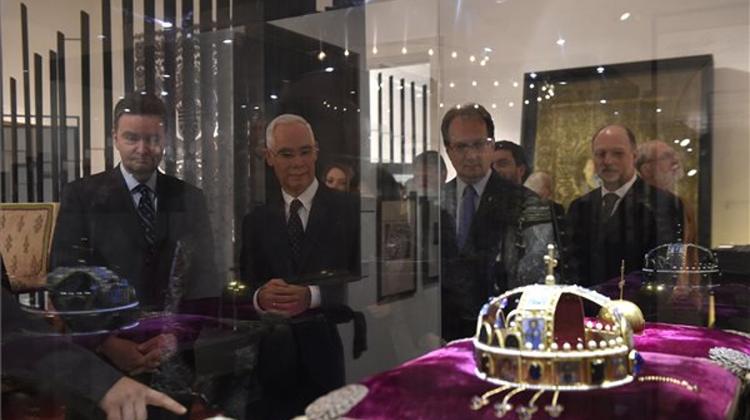 An exhibition commemorating the centenary of the coronation of Charles IV, the last king of Hungary, was opened in Budapest’s National Museum. The last Hungarian king was a “tragic hero” who searched for peace in a situation in which a victory for his allies would have posed at least as big a threat to the people of the Austro-Hungarian Empire as a victory for the Entente powers would have done, Zoltán Balog, the human resources minister, said at the opening.

Balog said Charles IV was “one of the few people” of his time who had understood that “peace was the only path to survival”. He said Charles’ message was especially important today, “at a time when we are witnessing the coming together of [the countries of] Europe, and specifically the Visegrad Four countries”.

“Survival requires peace, cooperation, the right to selfdetermination and a shared life in which everyone can find their place,” Balog said.

The minister said Europe today could not afford to disregard the experiences gained from the triumphs and failures of the Austro-Hungarian Empire.

The coronation ceremony of Charles IV on December 30, 1916, was also recorded on film.

The director of the documentary was none other than Hungarian-born Michael Curtiz who went on to win an Academy Award in 1942 for “Casablanca”.

A condensed version of the coronation film can also be viewed at the exhibition, which runs until March 19.