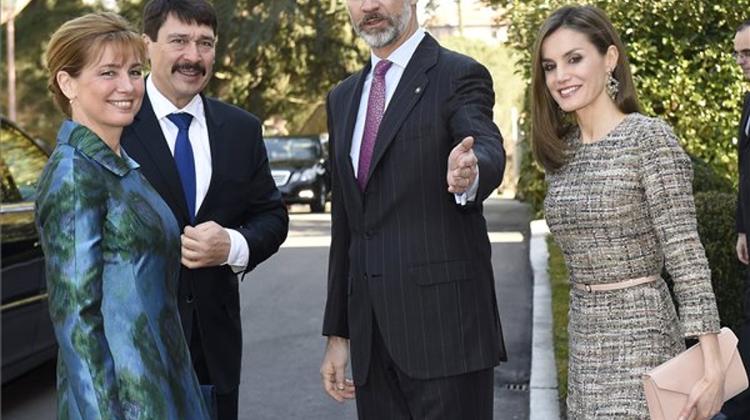 Hungarian President János Áder and King Felipe VI of Spain opened a largescale exhibition presenting works of Hungary’s Museum of Fine Arts and National Gallery in Madrid. The exhibition shows 90 paintings, sculptures and drawings by international artists such as Dürer, Velázquez, Goya, Leonardo and Rubens, and by Hungarian artists including Pál Szinyei- Merse, József Rippl-Rónai and Sándor Bortnyik, among others, from the two Hungarian museums’ collection.

Dubbed Masterworks from Budapest - From the Renaissance to the Avant- Garde, the exhibition has put on display works spanning a period of 500 years in eight rooms in the Thyssen- Bornemisza Museum.

One of the highlights is the portrait of Hungarian composer-pianist Ferenc Liszt by 19th-century painter Mihály Munkácsy, which is known as being the last such portrayal of the artist.

As part of the opening, two Hungarian students of the Madrid Reina Sofia music school gave a concert as a “present” to commemorate the concert Liszt had given in the current museum’s building in 1844.