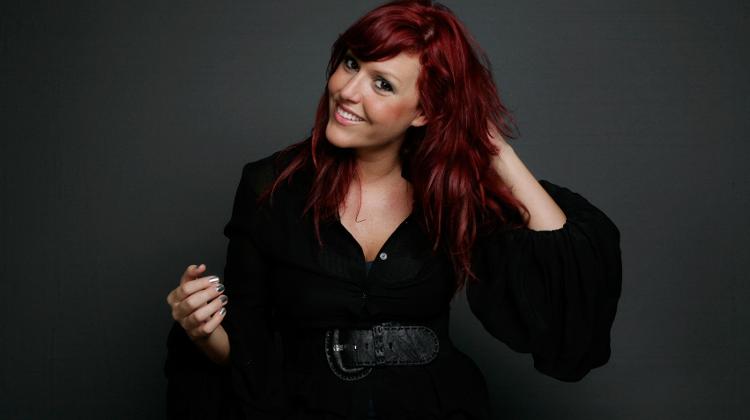 The Harmonia Jazz Workshop at the Budapest Jazz Club with a kick-off at 20.00 on Thursday, 23rd, on Friday 24th and on Saturday 25th March 2017 proudly presents three days of fantastic Anglo-Hungarian jazz when the stars of London’s 606 Club meet those of the BJC.

Ace British tenor-sax man, Mornington Lockett was the one the late great Ronnie Scott had been looking for ever since the passing of his one-time partner, Europe’s greatest tenor-player, Tubby Hayes. Having found him, Scott invited Lockett into his band in 1996 and, although the partnership was short-lived as Ronnie himself passed away that very year, Mornington Lockett became more than a force to be reckoned with in the jazz world. He is an astonishing player!

Here are some quotes from the British press: "One of the country's most accomplished contemporary improvisers ... with a fearsome technique and an advanced harmonic approach " Time Out - " Locomotive tenorist outsteams the competition " The Guardian - "Abrasive and roaring one moment, then cutting suddenly to a gentle caress - exciting stuff " The Venue - " Sounds like Hendrix on sax “ Noel Gallagher

His fellow players are the cream of the hard bop set in Hungary: József Balázs on piano, Krisztián Pecek Lakatos on bass and Elemér Balázs on drums.

Pianist, keyboard player, singer and composer – arranger Dave Oliver is one of the most in-demand musicians in London’s vital Latin jazz scene. He can be heard in such top groups as the Latin Section, Manteca, Roberto Pla & His Orchestra, Conjunto Sabroso and the Cuban Sugar Kings. He is a passionate virtuoso in complete command of the Cuban idiom.

When in March last year Elasa Valle brought the house down in London’s 606 Club, Dave was her pianist. They achieved such fantastic rapport that, ever since, they’ve been looking for another chance to play together. So, here it is! Elsa Valle, the fiery Cuban songstress has been living in Budapest for some years now.

She sings and teaches her art over here. She is an astonishingly accomplished and passionate singer who has lost none of the passion of her homeland. When she presented live the material of her first album at the Fono, people were practically hanging from the rafters, all the chairs had to be cleared from the hall and there was still no room for those who wanted to dance … and there were many. In March this year she had the same effect on the audience at London’s legendary 606 Club.

Elsa’s Cuban fire will be kindled by her husband, Hungary’s most famous and original jazz singer, Gábor Winand who will, this time, concentrate on his sax-, flute and keyboard playing, although we wouldn’t put it past him that he should come up with some vocal contribution too. The bassist will be György Orbán, the most in-demand player today, while the rhythms will be laid down by the brilliant combination of László Csízi on the drums and the great József Czibere on percussions.

A foretaste of Elsa in full flight:
https://www.youtube.com/watch?v=CY_UqHy7x1Y

Trumpeter Byron Wallen is of the new generation of highly educated black British musicians. He has played in such diverse company as Paul Weller’s Style Council, a most unusual duo of himself and vocalist Cleveland Watkiss, the bands of Courtney Pine, Jean Toussaint and the American, Charles Earland. He also had a go with rappers and a galaxy of African musicians like Manu Dibango and the great Hugh Masekela. However, jazz is his true metier. With his own band he has managed to create a glorious fusion of North African music and jazz.

The leader of the band is the multiple award winning young drummer, Márton Juhász who studied extensively in his native Hungary, was accepted by the Berklee College of Music. Since then he has performed and recorded extensively both in the US and Hungary. He accompanied the legendary Peter King in the 606 Club in London and became a corner stone of one of Hungary’s most exciting contemporary jazz outfits, the Triad and was also the founder and leader of a most exciting afro-jazz-rock band, the Euro-African Playground.

He came to international prominence recently as a member of the fantastic Scottish pianist, Alan Benzie’s trio with which he successfully debuted at Ronnie Scotts. At present he lives in Vienna but plays all over Europe. His present team welds together the sounds of Africa, the Pacific Islands and jazz.

One of the most exciting performers of this crew is Ibrahima Cheikh Fall (djembe/balafon/vocals), a veritable human dynamo with hailing from Senegal via Guinea. Another exciting soloist is Áron Tálas, the multi-award winning young Hungarian pianist/keyboard player who is already making a real name for himself in his homeland.

New Zealand born guitar player and composer Matthew Mitchell grew up surrounded by the traditional music of the Pacific islands, but also on reggae, punk and alternative rock and the works of the great classical composers. Later he moved to Europe collaborating with Byron Wallen, Larry Bartley and Ingrid Laubrock. He has worked with some of the Icons of the Avant Garde such as William Parker, Hamid Drake, Evan Parker and John Edwards, yet has remained versatile, a true musical chameleon. The bass-guitar is handled by one of the great hopes of the new generation, István Tóth Jr.

The music of Byron:
https://www.youtube.com/watch?v=zDz24EK7KG4&list=PL96-1PtPmHLa3hjiYZcLtrIW-WPGwUZr6

The amazingly versatile British songstress, Louise Clare Marshall is equally at home in rock/pop, soul or jazz. She has been on TV countless times as the featured singer with the Jools Holland’s band but also includes performances with the likes of Ronnie Wood, Stevie Winwood, Van Morrison, Bryan Adams, Bryan Ferry and Robbie Williams in a list that is far from complete. A steadily rising star on the UK Jazz scene. “Her deep…soulful voice was enthralling” BBC.

When she was last over here in 2012 she totally captivated the audience. Gábor Cseke on the piano is a true master of his instrument. He was a key member of the Modern Art Orchestra. In his previous role in the Budapest Jazz Orchestra he played with Peter Erskine and David Liebman as well. He is one of the most brilliant accompanists. His musical soul-mate and long-time fellow musician, bassist Peter Oláh has a beautiful rounded tone, total empathy with and sensitivity to the moods of those he plays with and a fantastic rhythmic sense to boot. The drummer György Jeszenszky is a fantastic all-rounder, excellent in all styles of jazz and a brilliant accompanist. He is the singers’ favourite in this country and also the great Liane Carroll’s No.1 choice

Stan Sulzmann with the Szakcsi Trio

A great veteran of the British jazz scene, saxophonist Stan Sulzmann is a master of all the reed instruments. During his carreer he has headed some excellent combos and big bands and is also a most original composer. He has an absolutely individual sound ana unique phrasing but is also extremely versatile.

He was equally at home in the bands of John Dankworth, Mike Gibbs, Graham Collier, Gil Evans or in the jointly run Kenny Clarke – Francy Boland Orchestra while, in different settings, he played with John Taylor, Clark Terry, Larry Grenadier and Kenny Wheeler. In 2013 he was commissioned to compose a special piece for the London Jazz Festival. His musical influences range from Miles Davis and Frank Zappa to Debussy and Delius.

Pianist, Béla Szakcsi Lakatos immediately caught the attention of the British critics when he played with Arnie Somogyi’s ten-piece band, Improvokation both at the Cheltenham Jazz Festival and at Ronnie Scott’s. Alyn Shipton in The Times wrote of “the brilliantly eccentric pianism of Bela Szacksi Lakatos”, while John Fordham of The Guardian simply stated that “pianist Bela Szakcsi Lakatos is wonderful”. In November 2007 he and his augmented group represented Hungary at the London Jazz Festival.

His frenetically successful concert was broadcast live by Radio 3. His recent live album with Chris Potter earned further plaudits from the British critics.. György Orbán is one of the most original young bassists in Hungary, a country teaming with virtuosos on his instrument. He first caught public attention as a member of the legendary Szakcsi New Gypsy Jazz outfit. Elemer Balazs is, arguably, the best drummer in his country. As for him, it’s best to quote what the American guitar ace, Pat Metheny said of him: "Elemer is one of the best drummers around right now, in my opinion.

He plays with such musicality and finesse and has the ability to listen inside each musical moment with the kind of spontaneous decision making that allows everyone that plays with him to sound their best. He also has a wonderful touch on the instrument - I always enjoy the chance to play with him and to hear him."

This is how Stan sounds live:
https://www.youtube.com/watch?v=QCJGQSVJSXs

Natalie Williams (pictured above) with the Róbert Lakatos Quartet

Daughter of a Hungarian mother and British poet, John Hartley Williams, singer Natalie Williams first realised her love for jazz music after discovering her dad’s immense record collection. By 2000, she was touring Europe as a member of the European Youth Jazz Orchestra. Her 2003 debut, Lucky Old Sun, was a live album that put a new spin on classic jazz standards and was recorded in only two days.

This was followed up with the critically acclaimed album, Yours Truly, in 2004. Throughout her career, Natalie has toured extensively around the globe, performing at a number of the world’s leading jazz events including opening the 2009 London Jazz Festival at the Barbican with Guy Barker’s Jazz Voice, the Montreux Jazz Festival in Switzerland, as well as Glastonbury with Shlomo and the Vocal Orchestra.

She’ll be accompanied on the piano by the brilliant Róbert Lakatos, who won the best soloist prize at the 2005 Avignon International Jazz Festival in France and was also the winner before that of the solo-piano competition at the Montreux Jazz Festival. Robi is a big seller in Japan. Márton Fenyvesi is the most versatile and experimental of the new generation of Hungarian guitar players with a tremendous sense of fun. He is also a formidable composer and arranger. Bassist József Barcza Horváth is one of the best and most interesting players in this country which is teeming anyway with virtuoso bass players. The drummer, László Balogh is one of the new stars on his instrument.

The BJC is in the 13th district at Hollán Ernő Utca 7.

There is no compulsion to eat or drink but there is a well stocked bar with also cocktails made to order at non-extortionate prices.

For food, we're pleased to report that the BJC Bistro offers several Hungarian and international food specialties to enhance your enjoyment of great jazz.