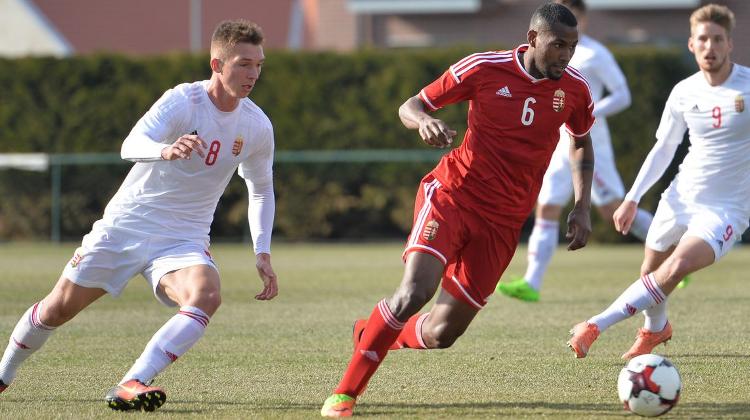 Hungary head coach Bernd Storck has named his 23-man squad to travel to Lisbon for their 2018 FIFA World Cup qualifier with Portugal next Saturday. Making the step from provisional squad to the final group for the first time are potential debutants Márton Eppel, Dávid Holman and Paulo Vinicius who have impressed Storck sufficiently during the course of recent preparations at the national team training center in Telki.

“The three new squad members have made an excellent impression on me so now they will travel with us to Portugal. I would also like to thank all those who haven’t made the final squad travelling to Portugal for all their hard work over the whole week. I believe we have an excellent blend of experienced and young players comprising the squad. The last to arrive on Sunday [from foreign clubs] are Roland Sallai and Zsolt Kalmár”, Storck said.

On Friday it became apparent that Krisztián Németh would not be able to travel with the squad to Portugal due to illness, so Bernd Storck has replaced him with the young Novara Calcio player Krisztián Adorján to link up with the national squad for the first time.