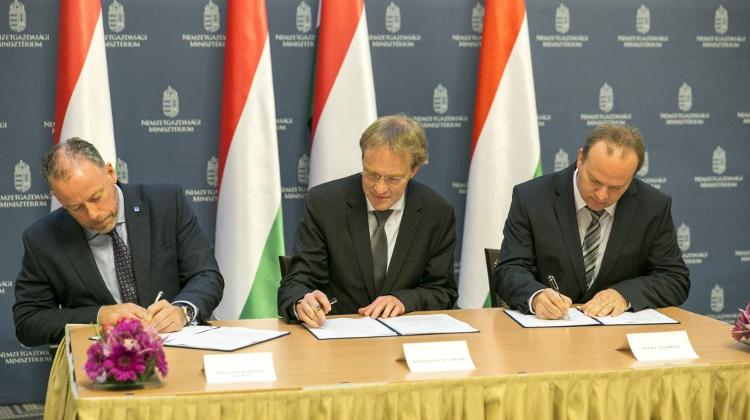 Economy Minister Mihály Varga on Wednesday signed a contract with companies involved in setting up a track in Zalaegerszeg, in western Hungary, for testing autonomous vehicles. Varga said at the event that the facility would be world-class and would put Hungary at the forefront of the development of self-driving vehicles.

He added that the track would be one of its kind in Europe. The signatories of the contract worth 473 million forints (EUR 1.5m) are the Economy Ministry and Autóipari Próbapálya Zala Kft, Fomterv Mérnöki Tervező Zrt and the British-based unit of Japanese company Horiba Mira.

British Ambassador Iain Lindsay who attended the event said the track would have a positive impact on central and eastern Europe’s economic growth. The project will position Hungary favourably to strengthen its already strong vehicle production base while building on the results of the past decades of research and development, he said.

The test track will enable traditional vehicles to be tested alongside autonomous and electric ones, Varga noted.

Horiba, he said, has serious business and engineering experience in operating test tracks and is among the world’s top companies when it comes to testing autonomous vehicles. The minister said the contract would also promote mutual respect in the area of UK-Hungary economic relations.

Varga said the future of Hungary’s economy depended on this kind of investment since it not only gave a boost to the rate of expansion of industry but also stimulated associated R+D activity as well as the development of Hungarian small and medium-sized enterprises.

The first phase of the project is expected to be completed by the end of the year, paving the way for its operations from the start of 2018, he said. The second phase to complete all installations including an oval high-speed track will be ready by 2020, he added.