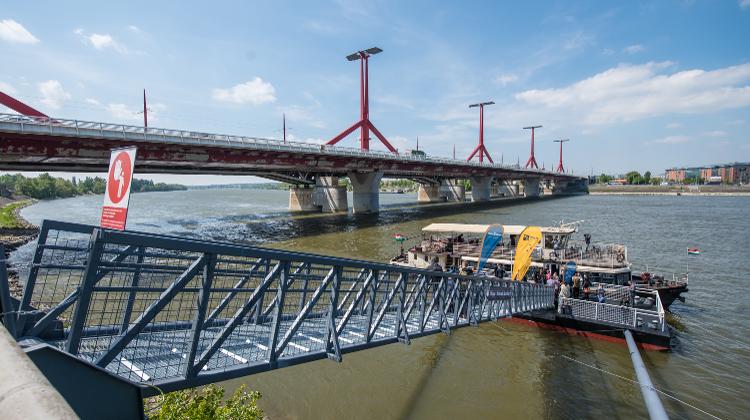 Two significant venues of Budapest’s cultural life, Müpa Budapest and the National Theatre are now part of the waterborne public transport network: as of Tuesday, 25 April 2017, the new Müpa – Nemzeti Színház pier is the southernmost terminus on the route of both lines D11 and D12.

At the opening ceremony, BKK CEO Dr Kálmán Dabóczi highlighted the fact that BKK continues to work towards the goal of making riverboat navigation a full-fledged component of public transport and of including key touristic hubs in the network, not only highly frequented ones.

The creation of the new pier is the result of the cooperation and collaboration between the Municipality of Budapest, BKK, BKV, Müpa Budapest and the National Theatre.

From 25 April 2017, boat line D11 is operating between Újpest and the new Müpa – Nemzeti Színház H pier while boat line D12 serves the extended route between Rómaifürdő and the new pier.

The current operating schedules of public transport boat lines D11 and D12 are not affected by the opening of the Müpa – Nemzeti Színház H pier, but naturally the timetables now include the new departure and arrival times at the pier.