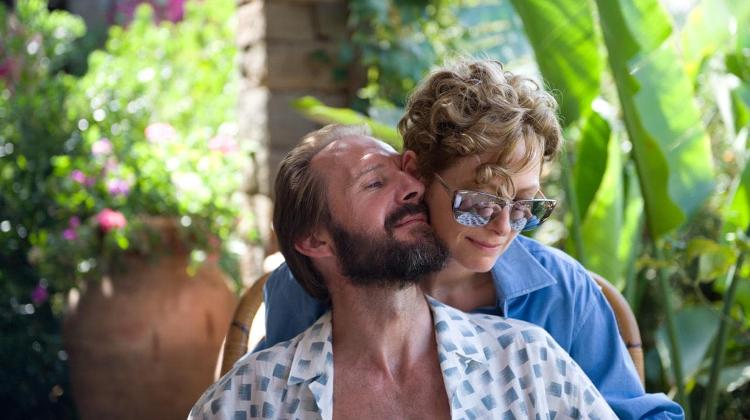 Organisers say this festival connects the world by bringing films from 27 nations to Budapest. The eight-day long 24th Titanic International Film Festival will present 34 fresh, all said to be 'exciting and must-see movies'.

Organisers told XpatLoop: Budapest will be a paradise of movie fans between 6th-13th April.

The festival kicks off with the Swedish title The Giant, and the new film by Hungarian director Ferenc Török titled 1945 will be premiered also here. There will be screenings of Oscar-nominated works, along with films from Ewan McGregor, Konchalovsky and Jim Jarmusch, and a domcumentary about David Lynch and Leonard Cohen.

The director of the last one, Tony Palmer accompanies his film to the festival. Members of the jury will be Frédéric Strauss French critic and György Dragomán writer, the head of it will be Golden Bear-winner Ildikó Enyedi.

Titanic Festival in 2017 too provides a comprehensive and multicoloured selection of the most galvanizing pieces in contemporary world cinema, including new features of established artists, first films and works of less-known regions.

This year the audience can watch 34 films of 27 nations divided into six sections – In Competition, Festival Favourites, Asian Winds, The Dark Side, American Independents, Titanic Dox – and all films will be screened in original language with Hungarian subtitles except music documentaries.

French arthouse horror Raw is also coming which won the FIPRESCI prize at the Director’s Fortnight at Cannes last year and then caused a stir at Toronto Film Festival when several audience members passed out from shock during a screening.

Fans of Korean cinema should not miss The Age of Shadows which takes place in Seoul in 1923 when Korea is under Japanese occupation and the bombing of Jongro Police Station, a symbol of Japanese Colonial rule, causes a great disturbance.

They also must see The Wailing in which the people grotesquely kill each other in a peaceful rural village for inexplicable reasons. When was the last time you’ve seen an Argentinian high-concept heist thriller (At the End of the Tunnel) or a Brazilian road-movie about a gang of bikers in search of holy water in a Mad Max-style wasteland (Holy Biker)? Well, here’s your chance!

This year’s documentary section gets a new name, Titanic Dox and it has a strong supply. Jon Nguyen, Rick Barnes and Olivia Neergaard-Holm Danish filmmakers directed David Lynch: The Art Life in which Lynch himself takes us on an intimate journey through the formative years of his life.

From his idyllic upbringing in small town America to the dark streets of Philadelphia, we follow Lynch as he traces the events that have helped to shape one of cinema’s most enigmatic directors. The film infuses Lynch’s own art, music and early films, shining a light into the dark corners of his unique world, giving audiences a better understanding of the man and the artist.

Tony Palmer’s famous film of Leonard Cohen’s 1972 tour of Europe, Bird on a Wire, long thought lost and only available on very poor quality bootlegs, has been digitally and painstakingly restored to its original glory, thanks to the discovery in 2009 of 296 cans of rusted-up material in a warehouse in Hollywood.

Containing 17 of Cohen’s greatest songs, emotionally delivered when he was at the height of his powers, this is an unforgettable record of a poet and singer on the brink of worldwide fame. Huge sensation of the festival is that Tony Palmer accompanies his film to Budapest!

Jim Jarmusch’ music documentary Gimme Danger chronicles the story of The Stooges, one of the greatest rock-n-roll bands of all time. Rumble: The Indians Who Rocked the World exposes a critical missing chapter in the history of American music, it reveals how indigenous musicians helped shape the soundtracks of American music and, through their contributions, influenced popular culture – featuring some great music legends like Link Wray or Jimi Hendrix.

Titanic Festival operates as a competition festival since 2005. This year there will be 7 films in competition for the Breaking Waves Award. The jury members are Frédéric Strauss French critic and György Dragomán writer, the head of it is Golden Bear-winner Ildikó Enyedi. The festival is supported by NKA, EMMI, KKM and Budapest Municipality.