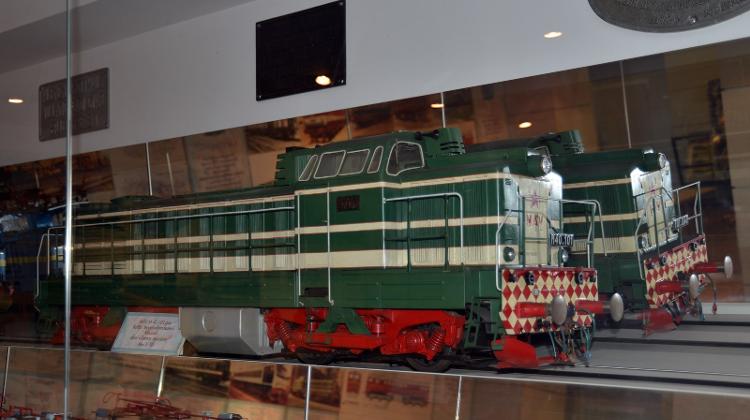 Several objects from the Transport Museum of Budapest are on show at the House of European History in Brussels which opened on Saturday. The permanent exhibition will present European history through more than a thousand objects, and the Transport Museum is one of the partner institutions to lend pieces for the show, the museum said.

Major transport developments, such as the growing popularity of steam-powered vehicles and the development of city transport are featured in the exhibition’s 19thcentury displays and Budapest has contributed three objects.

A 1:10 scale model of Hungarian State Railways’ reversible steam engine used on branch-lines, the sign for a stop on the electric-powered train line in the southern Hungarian city of Pécs and a railwayman’s pocket watch decorated with the picture of a steam engine are on show in the Brussels museum.

“The permanent exhibition will focus firstly on the convictions and beliefs that defined the 19th century— Europe’s “entry into modernity”— before moving on to consider Europe’s descent into war and destruction,” the website of the museum shows.

Exhibitions, multimedia guided tours, educational resources, workshops and seminars are just some of the offerings that will create a captivating experience, it added.