Orbán In Talks With Governor Of Indiana 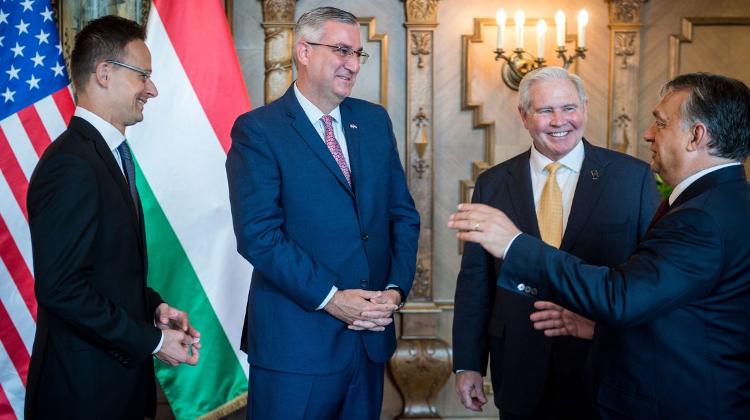 Prime Minister Viktor Orbán on Wednesday discussed boosting economic ties and improving the Hungarian business environment with Eric Holcomb, the Governor of the US state of Indiana. Hungary-US trade has expanded apace over the past decade, it was noted at the meeting also attended by Hungary’s minister for foreign affairs and trade, Péter Szijjártó, and Indiana’s secretary of commerce, Jim Schellinger.

America is Hungary’s number-one trading partner from beyond the European Union, with more than 1,700 units of US businesses providing 100,000 jobs in the country, the PM’s press chief, Bertalan Havasi, noted in a statement.

Major companies from Indiana are also present in Hungary, showing investor trust in the country, he said, highlighting Hungary’s low corporation tax which contributes to the improving business environment.

Hungary to strengthen ties with US states Minister of Economy Mihály Varga held talks with the governor and the trade minister of the US state Indiana on strengthening economic cooperation, the ministry said on Tuesday.