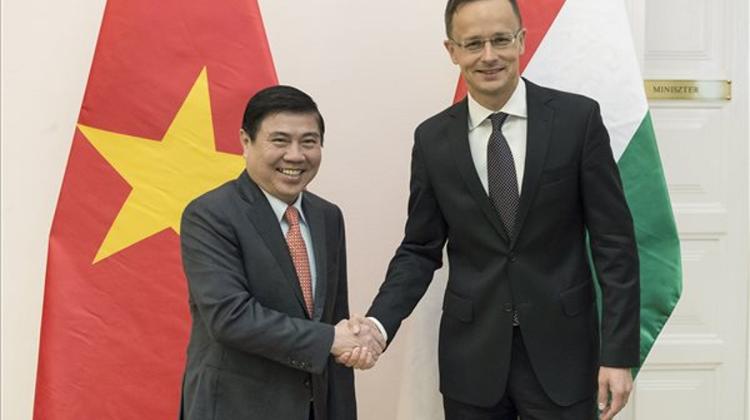 Cooperation between Vietnam and Hungary was in the focus of talks between Foreign Minister Péter Szijjártó and head of the Ho Chi Minh City People’s Committee, Nguyen Thanh Phong, on Friday. Ho Chi Minh City is Vietnam’s economic centre that produces a quarter of the country’s GDP, the foreign ministry noted in a statement.

The population of the city has grown to 13 million and there is significant demand for Hungarian technologies in water management and food processing, it said. A 440 million euro credit line between the two countries is providing Hungarian companies an opportunity to expand in southern Vietnam, the statement added.

The Liszt Ferenc University of Music in Budapest and the Ho Chi Minh City Conservatory of Music will sign an agreement on classical music study and an increasing number of Vietnamese students are applying for Hungarian universities under the arrangements of a scholarship scheme the government is offering to 100 Vietnamese students, the ministry said.