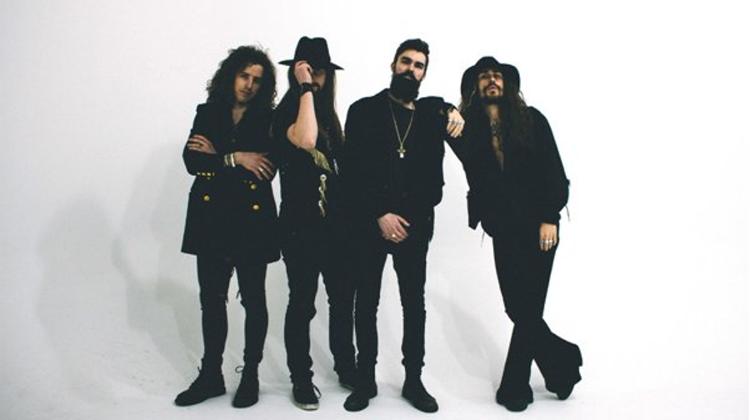 Vambo are a London based rock band and are playing two shows in Hungary in June to co-incide with the release of their debut single, "Now You See Me".

The band’s inspiration comes from the hard rock of the 70s, at the same time they remain contemporary in both song writing and recording. Their material is organic, dynamic and overflowing with raw energy and power which reflects the outstanding musicality within the band, great original rock music performed by four musicians of the highest calibre.

Vambo have supported some of the biggest rock bands in the industry Def Leppard, Status Quo, Mud etc.

They have also played at some of the biggest festivals in the UK, the legendary Isle of Wight festival and at Stone Free festival at the O2 arena in London.

Vambo was formed in 2015 by singer Jack Stiles, a great front-man with a powerhouse voice and amazing range, and Pete Lance from Hungary, a guitar wizard and showman.

Jack comes from a musical family, his father Ray had over 20 UK hits and 3 number 1 singles with his 70s Glamrock band MUD – Ray now produces Vambo, “They are amazing, technically superb and the best rock band out there”.

Pete is super excited to be bringing his band to his home country.

The line-up is completed by Steve Price (drums) and James Scott (bass), both classically trained musicians.

Vambo are very much looking forward to bringing their take on ‘classic rock’ music to Hungary.