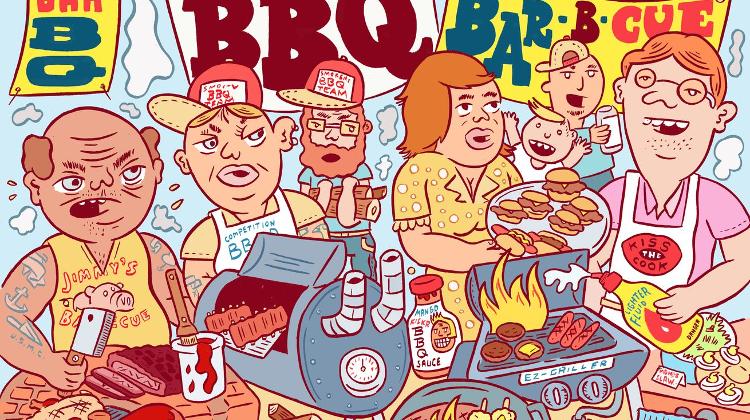 From the organisers: After the street food revolution there is a new culinary wave coming up next in Hungary. Roughly two years ago the first authentic BBQ joints appeared in Budapest following the original way of America’s southern states. During these two years the word has been spread and the authentic way of BBQ became a magical way to prepare a meat dish and even more – thousands of people are fans of this cooking method nowadays in Hungary.

The pitmasters acknowledged as some kind of meat-gods who brought the whole culture of BBQ into the days of Hungarian’s lives and strengthen the inland BBQ community.

Following these, the idea of 1st American BBQ Picniq has been born. Not only the Hungarian BBQ scene we would like to present, given the opportunity to the BBQ lovers to get to know the worlds of smokers, but we would love to show them the related culture as well. So between 11th and 13th August the real American feeling, pride of the southern states and massive BBQ smell will occupy a part of Kopaszi-gát.

We’ve convened the best Hungarian BBQ places for a weekend to show the great audience what it means to belong to the BBQ community, what the southern pride means and how the best BBQ meals are prepared.

The entrance will be free for everybody and the following programs will be presented beside the taste of America and a very special USA design:
• BBQ workshops
• Concerts
• American car and motorcycle exhibition
• Cheerleader shows
• American football shows
• Garden BBQ exhibition
• Programs for kids
• Rodeo bull
• Eat all of America eating contest

Genuine American festival feeling, suitable for families as well in the second weekend of August at Kopaszi-gát, next to RIO.