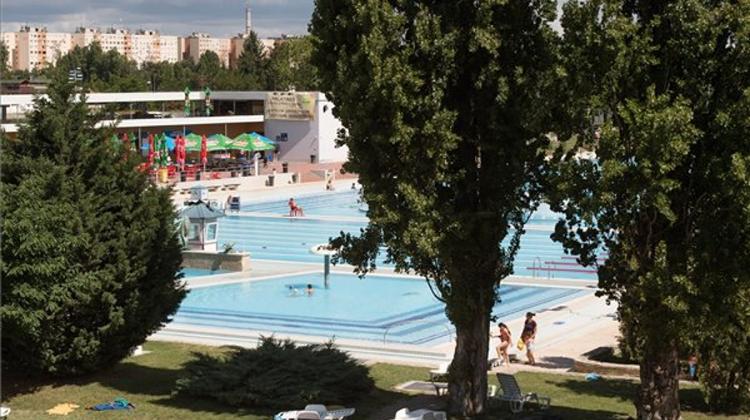 The summer of 2017 in Budapest is about water due to the events 2017 FINA WORLD AQUATIC CHAMPIONSHIP. Expats who don’t want to just watch people swimming but try the feeling themselves should try one a local STRAND and FÜRDŐ - read on to know the differene.

One of the most pleasant ones is the Palatinus Strand on peaceful Margaret Island. As part of the FINA BUDAPEST 2017 preparations it has been completely renewed and extended with thermal pools, thus Palatinus is both a strand and fürdő.

Many expats ask what the difference is between STRAND and FÜRDŐ.

As opposed to thermal baths (TERMÁLFÜRDŐ), STRAND (sometimes funnily labeled as ‘beach’) is a recreational establishment with cold water swimming pools and typical ’strand food’ like lángos and all those Hungarian fast food.

Thanks to the flexibility of the language the word can be easily converted into a verb ’STRANDOL’ which means much more than just BATHE. ’Strandolás’ is a full day activity including bathing, sunbathing, eating, drinking, reading and socialising.

The name PALATINUS is a reminder of the fact that Margaret Island was the property of the NÁDOR i.e. palatine, the most famous of whom was Archduke Joseph, Palatine of Hungary (József Nádor) in the first decades of the 19th century.

It was only in 1908 when the island became the property of the capital and was opened to the public but until 1919 you had to pay an entrance fee.

To combine leisure with pleasure, a shady terrace at Palatinus is the ideal scene for a LÁNGOS and a chilled ROSÉ FRÖCCS...