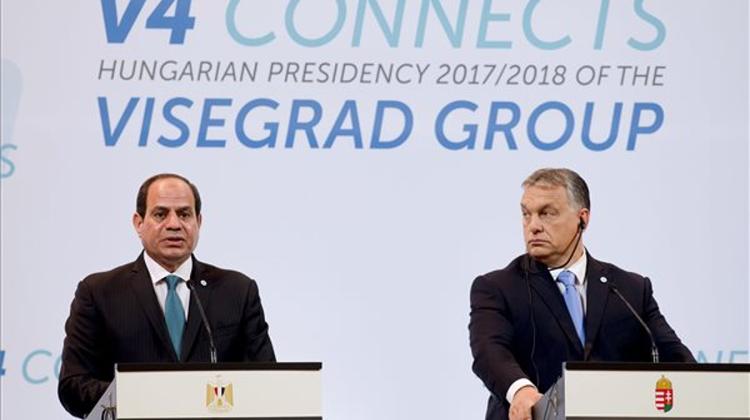 Prime Minister Viktor Orbán has told the government that he wants Hungary to become one of the ten safest countries in the world, the government office chief said on Thursday.
Citing a fresh study, János Lázár told a regular weekly press briefing that Hungary today is considered the fifteenth safest on the 163-country list. Lázár said that protecting Hungary’s borders would be the government’s top priority over the coming year. He said migrants headed for Europe from Africa should be screened and registered as far back as Libya. If migration from Africa to Europe continues at the rate it is happening now, it will have a significant impact on Europe’s security, Lázár said. Lázár added that he believes as long as Germany refuses to participate in the consolidation of African countries, there will be no progress in Africa’s situation. Germany is the only country in Europe that has enough money that could truly stabilise Africa, he added. In response to a question, Lázár denied that a planned visit by Israeli Prime Minister Benjamin Netanyahu’s to Hungary was under threat due to Jewish protests over Prime Minister Viktor Orbán’s recent praise of post-WW1 regent of Hungary Miklós Horthy. The visit has been in preparation for a long time and it is expected to strengthen ties between the two countries, he added. In response to questions about a Council of Europe delegation’s recent visit to the migrant transit zone, he said Hungary had willingly presented the facilities and was convinced of their legality. The government wants to convince the CoE that Hungary’s solutions are compatible with international treaties and European law. In response to criticism in connection with Hungary’s policy on the treatment of migrants who are minors, some changes have already been implemented and the state is now looking after them, he said. Republished with permission of Hungary Matters, MTI’s daily newsletter. MTI photo: Koszticsák Szilárd