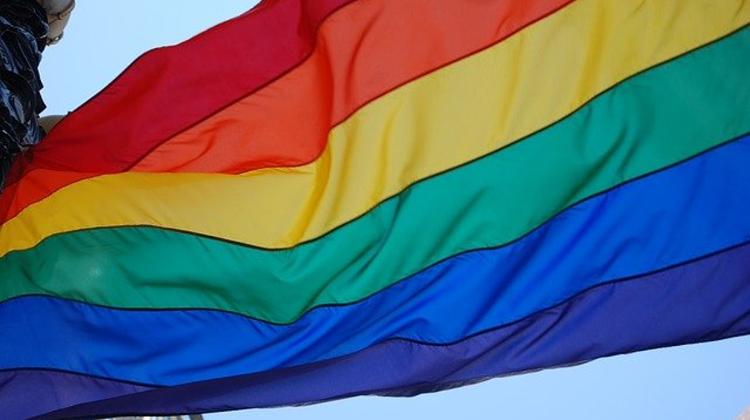 Saturday’s Budapest Pride march will be secured by fencing off its entire route, the police said in a statement on Thursday. The march organiser Rainbow Mission Foundation said earlier in the day that the LGBTQ community were against the use of fences.
“This procedure is unjustified and disproportionate,” it said in a statement. The organisers have indicated that over 200 volunteers and 50 observers with cameras will monitor the march to ensure security. They said police only expected a small group of troublemakers. The “hermetically sealed” march would impede traffic, and they pledged to find a way of bypassing the fences by seeking an alternative route. Plans will only be disclosed before participants gather in front of Parliament on Saturday afternoon, the organisers added. Fences may be dismantled “as a last resort” but police would be expected to continue securing the event, they said. As we wrote before, an appeals court on Wednesday handed a three-year prison sentence to a man for verbally and physically assaulting participants in the Budapest Pride march four years ago. Update: Government office chief János Lázár said at his weekly press briefing that the demand that police not use fences could not be fulfilled because police must adhere to clear legal regulations. Traffic restrictions will be implemented and several roads will be closed in central Budapest on Saturday afternoon, the Budapest transport centre (BKK) said. The M1 metro line will operate but trains will not stop between Heroes’ Square and the Opera stop from 3pm until 6pm, and between Heroes’ Square and Octogon from 6pm until 7.30pm. The Kossuth Lajos Square stop on the M2 metro line will be closed from 2pm until 5.30pm. Tram 2 and the “nostalgia trams” on the same route will operate only between Kozvagohid and Kossuth Lajos Square from 2pm until 6pm. The tram 4-6 service will not stop at Octogon between 4.30pm and 5:50pm, BKK said. Several trolley and bus services will also be restricted, it added. Republished with permission of Hungary Matters, MTI’s daily newsletter.