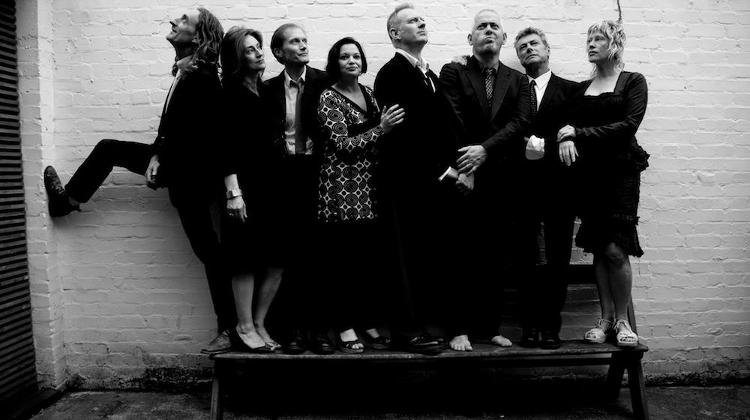 From the organisers: We would like to cordially invite you to attend the first concert of The Mekons in Budapest! From their proto-punk beginnings on the Fast Product label (also an early home to The Human League and Joy Division) to their modern-day incarnation as godfathers of punk, post-rock, goth and pretty much everything else, The Mekons remain, as Rolling Stone writer Lester Bangs put it ". . . the most revolutionary group in the history of rock 'n' roll."

Few acts have their pedigree . . . more than two dozen acclaimed albums covering everything from modern folk to dance to punk, reggae, African pop and genres for which no description exists!

Original member Jon Langford is an internationally-acclaimed painter, has been credited with reviving the career of Johnny Cash, a prime instigator of post-punk, a founding member of Sisters Of Mercy, producer of The Ex and many other bands.

Vocalist Sally Timms has released a number of solo records, including collaborations with Pete Shelley of The Buzzcocks, Marc Almond of Soft Cell, Will Oldham (Palace Brothers) and members of The Jesus Lizard.

Drummer Steve Goulding has played drums with David Bowie, The Cure, Nick Lowe, Gang of Four, Graham Parker, Elvis Costello (that's him on "Watching The Detectives") and others.

The band also features the mesmerisingly laconic vocals and bittersweet lyrcis of original member Tom Greenhalgh, violinist Susie Honeymoon's counterpoint violin lines and Rico Bell's penchant for falling over backwards in the middle of the show, without harming his accordion.

There many fans include members of Led Zeppelin, The Faces, Paul McCartney and others. Original Rolling Stones bassist, Dick Taylor - also of The Pretty Things, joined in the mid-1980s and plays with them occasionally to this day.

The Mekons now live all over the world and play only sporadically together these days. They have never ventured east of Vienna, so their two Budapest shows - one acoustic, one electric (different sets, too) - are true rarities, unlikely to ever be repeated and coming about solely as warm-up gigs for their own UK music festival, Mekonville.

The admission is FREE but registration is required due to limited capacity - by clicking here.