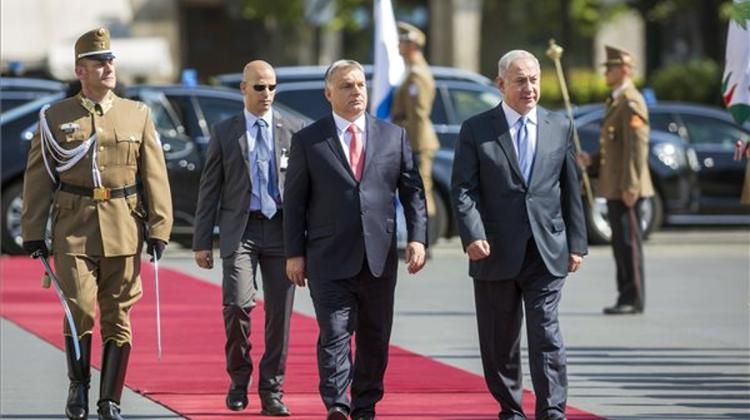 Hungary has zero tolerance for anti-Semitism, Prime Minister Viktor Orbán said at a press conference held jointly with Benjamin Netanyahu, his Israeli counterpart, in Budapest on Tuesday. Orbán also said that Hungary had committed a crime in the second world war by failing to protect its Jewish citizens from the Holocaust.

Netanyahu’s visit, the first visit by an Israeli prime minister for 30 years, will open a new chapter in bilateral relations and serve as a basis for “cooperation focusing on the future”, Orbán said, adding that the car industry would be one such area of cooperation.

Orbán welcomed the Israeli PM “as a patriot” and said “patriotic governments will be successful in future”. The Hungarian premier also thanked Netanyahu for Israel’s contribution to Europe’s security. Netanyahu told the press conference that “Hungary and Israel are aware of the past but look to the future”, adding that “the future belongs to such countries”.

Netanyahu said that his talks with Orbán had focused on concerns raised by the Hungarian Jewish community, adding that he appreciated Orbán’s response.

The Israeli prime minister welcomed Hungary’s support for his country in international forums and appreciated that Hungary was in the forefront of countries fighting against the “de-legitimisation” of Israel, which he called “a new kind of anti-Semitism”.

Amnesty International’s Hungarian and Israeli chapters have expressed concern over what they see as “growing collaboration” between Hungarian and Israeli prime ministers Viktor Orbán and Benjamin Netanyahu, arguing that both leaders are running “smearing” campaigns against rights groups and their activists.