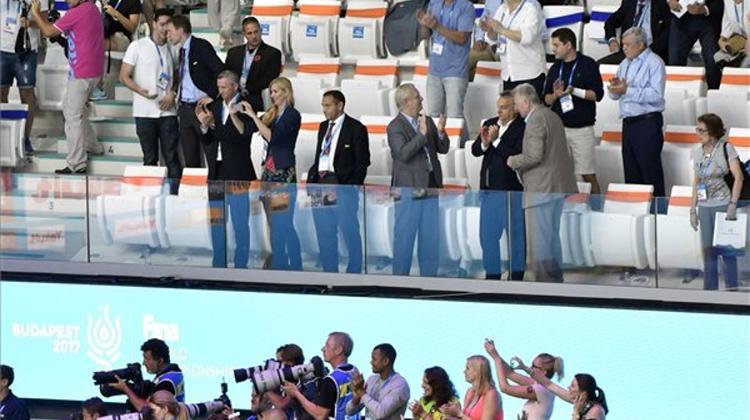 According to Minister for National Development Miklós Seszták, the required tasks have been completed, the Budapest World Aquatics Championships are in progress and can be regarded as a great success so far.

Speaking on Kossuth Radio’s “Sunday Papers” program, Mr. Seszták said it is best to include a sports facility in a country’s development strategy in such a way that it can later be stated, it was worth it.

The Minister, who is also Chairman of the Organising Committee for the World Championships, highlighted that our “pride and joy” are the Danube Arena and the Dagály project, because no facilities of this nature existed in Hungary when it launched its bid to host the games.

Mr. Seszták stressed that during the planning and construction of the facilities, much thought was put into how they would later be used. This was why they had not built a 12 thousand-seat permanent arena, but a 6500-seat facility, which will have lower maintenance costs.

The possibility that Hungary would also be awarded the right to host the 2024 FINA Short Course World Swimming Championships was also taken into account to assure that no significant further development projects would need to be realised. “We have succeeded, the World Championships will be held here according to FINA’s decision.

With regard to the costs of hosting the event, the Minister said people “should not confuse” costs relating to the Organising Committee with development costs.

“We have spent over 84 billion forints (EUR 274.5M) on developments, the results of which will remain in place for use by Hungarians and tourists alike. Among the organising costs, Mr. Seszták mentioned the construction of the temporary grandstand, which will be dismantled, and the cost of housing and catering for athletes.

According to the Minister, there is “no significant difference” between the “originally determined cost” and the current level of expenditure; a few billion forints which have partly arisen in view of security requirements and partly to successfully provide higher quality television coverage.