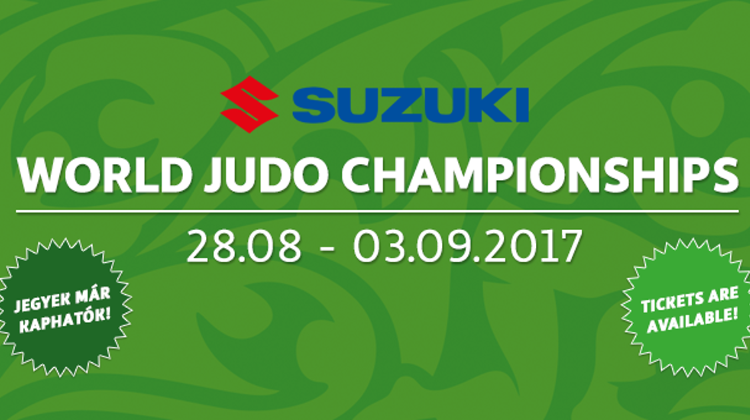 For the first time in the history of judo, Budapest to host the World Senior Individual & Teams Championship between 28 August – 3 September 2017.

During the most important competition of the year, the stars of judo will meet in the Budapest Sports Arena. As part of the sponsorship, Yoshinobu Abe, CEO of the Hungarian Suzuki awarded seven Suzuki vehicles to Hungarian judoka in order to make their preparation easier for the Worlds.

Alongside them, judoka and coaches preparing for the World Championships took part in this special event as well.
Earlier last week spectacular flash mob action (Judo for the World!) was held in the heart of the Hungarian capital, at the Heroes Square where 1000 judoka launched 2017 messages by 2017 homing pigeons across the country.

“Being the title sponsor of such a prestigious event is not just a huge honor, but also a great responsibility. Hungarian Suzuki is pleased to undertake this with pride. The philosophy of our company and our culture are very similar to what judo represents: concentration, continuous learning, persistence, preparedness or the honesty in competitions. On the imaginary tatami these make the Hungarian Suzuki the most successful car factory in Hungary. I honestly hope we can help Hungarian judoka by making their preparations easier with the awarded Suzukis” – said Yoshinobu Abe, CEO of Hungarian Suzuki.

Dr. László Tóth, President of the HJA also added: this sponsorship is such an exceptional support in the Hungarian sports’ history. The President also said a few words about the special guests planning to take part in the Worlds. Vladimir Putin, IJF Honorary President and Thomas Bach, President of the International Olympic Committee are about to visit the competition in Budapest. One important change also was highlighted: the team competition in Budapest on the last day of the Worlds will be organized in that format how this event may appear in the programme of the Tokyo Olympic Games in 2020.

One million dollars for the best judoka

As announcement was made by Marius L. Vizer, IJF President in October: for the very first time in the history, the total prize money will be one million dollars. The World Championships is having great interest, entries predict that Budapest may be able to welcome the biggest number of participants. Two years ago in Astana 729 judoka from 120 countries competed in the World Judo Championships.

Hungarian judoka has been reaching several great results this year, last time in Yekaterinburg at the IJF Grand Slam event Hungarians won one gold, two silver and one bronze medals. András Nagy, head coach said, although the biggest part of the team is already known, the official team announcement will be made at the end of the month, after the Chinese Grand Prix. Each country may enter nine entries in total for men and nine entries for women. The Hungarian delegation of both men and women will be 18 athletes.

Tickets are on sale for the World Championships. To purchase tickets click here. National Federations are also showing interest towards the tickets, for example, German delegation rented a whole sector for their own fans.