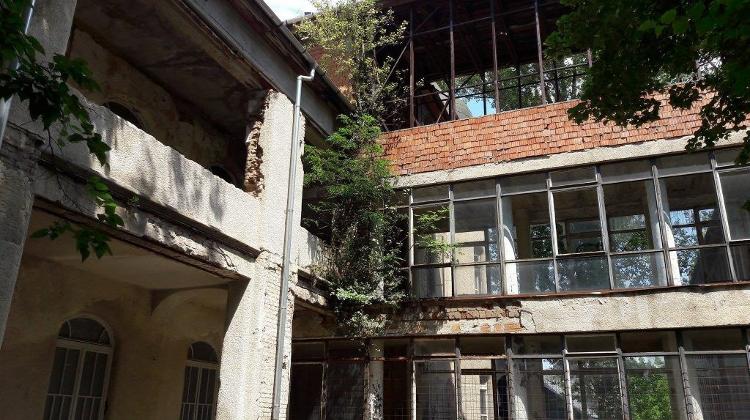 A small scandal broke out in Hungary when it was announced last week that the Semmelweis medical school is going to receive HUF 1.35 billion (EUR 4.5 million) to construct a brand new building for a center for traditional Chinese medicine. Independent media immediately criticized the fact that the government is spending taxpayer money on medical treatment whose effectiveness has never been scientifically proven.

However, the outcry was somewhat early: it turned out that the money is for a brand-new, six-storey building of the medical school, and the Center for the Study and Teaching of Traditional Chinese Medicine will only occupy one floor.
Also, the university is adding HUF 800 million to that amount from its own resources.

But the government resolution mentions another project connected to Chinese medicine, which might cost up to HUF 5 billion in the end.

The same government resolution mentions that in the next two years HUF 220 million will be spent on planning and preparing for the construction of a Center for Traditional Chinese Medicine Research & Education.

The location is a former Soviet army hospital in the 15th district of Budapest, and the buildings here are in such a bad shape that eventually it might cost up to HUF 5 billion to finish the Center – way more than the cost of the new building of the medical school.

The Chinese and the Hungarian government signed a bilateral agreement about setting up such center in 2014, supposed to be finished in 2018. Last May deputy minister Bence Rétvári and Chinese minister of health Wang Kuo-Jiang signed an agreement about the center. However, the official press statement does not mention who will finance the project.

We only know one thing for sure: this February a Hungarian non-profit company, HKGYK Kft. was set up to facilitate the project.

According to the plans drawn up by HKGYK Kft. the municipal council of the 15th district of Budapest decided to offer the site and buildings of the former Soviet military hospital to the state so that the Chinese traditional medicine center could be built on it.

This practically means that the state got the site and the buildings for free, but the district municipality is happy about this: it would take tens of billions of forints to reconstruct the original hospital, and the local council will never have that much money for this purpose. This is a burden taken off their shoulders.

You can understand the reason for that if you look at the dilapidated buildings. Some of them will have to be completely restructured. According to experts, a real estate developer would not even bother with that: it would make more sense for them to demolish the buildings and build everything from scratch.

How much is Hungary spending on traditional Chinese medicine?

Let’s do the math: the new building of the medical university costs HUF 2.1 billion, and the sixth of that will be spent on the floor for Chinese medicine. Hungary organized a conference this May on the topic; that cost HUF 430 million. The government is spending another HUF 220 million on planning the center in the 15th district. The cost of reconstruction at the site will amount to HUF 2-5 billion, which will most likely be paid by the Hungarian government.

To sum it up: the government is spending HUF 3-6 billion on supporting traditional Chinese medicine, which is way more than the 1.3 billion that caused an outrage earlier this week.

And why is the Hungarian government spending this much money on methods whose results are at best questionable? It is definitely not health policy, but foreign policy: Budapest desperately wants to score a few good points with Beijing.