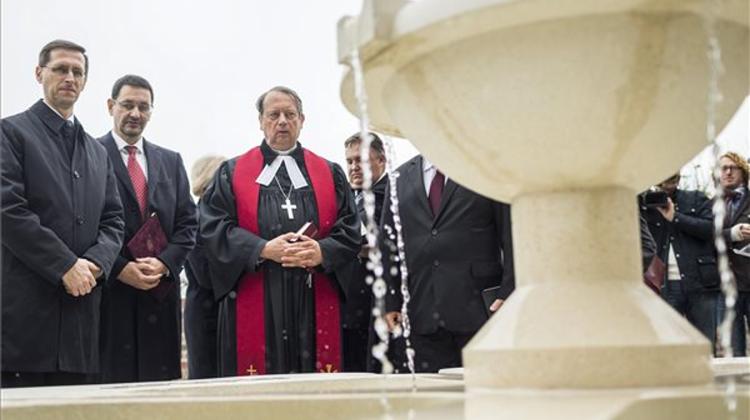 “Our national existence, Hungary’s history over the past centuries is inseparable from the history of the Reformation in Hungary and cannot be understood without it”, Economy Minister Mihaly Varga said in Budapest on Sunday.

Speaking at the inauguration of a memorial well dedicated to the Reformation, Varga said the future of Hungarians cannot be separated from the Reformation either as “we will still need the acting power of the Protestant spirit in the future” as much as we did during past centuries”.

“Because the most important issue has remained unchanged: to survive in Europe as Hungarians,” he said.

It is our duty today to keep alive the heritage of the Reformation, which began 500 years ago, and show the strength in renewal and in preserving traditions, Varga said. This work demands that we think, make plans and act together, he added.

The memorial is a stone well symbolising a Luther rose, with the Holy Chalice in the middle. It has been erected in Buda Castle by the Reformation Memorial Committee and the district municipality with government funding of 100 million forints (EUR 324,000).