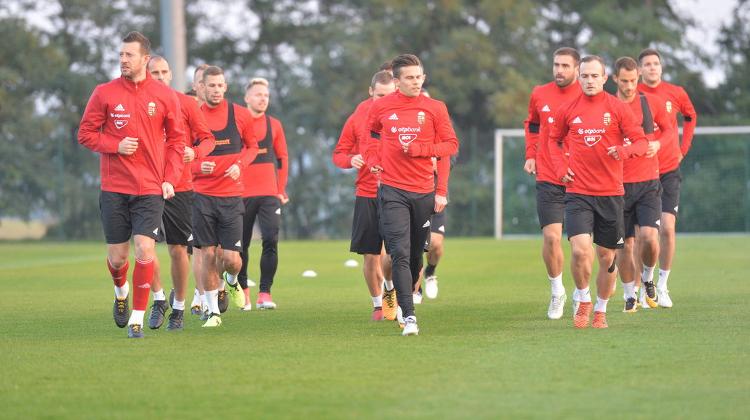 Notable returnees to the squad include Honvéd’s Hungarian championship-winning goalkeeper Dávid Gróf in place of Péter Gulácsi who requested not to be called up this time, Balázs Megyeri also missing due to injury.

Also back in the fold is the in-form Krisztián Németh who finished the initial stage of the American MLS season last weekend by scoring a goal for his club New England Revolution, as well as the fit-again Paulo Vinicius of Videoton and Zsolt Korcsmár of Danish club Midtjylland. Injury has ruled out regular squad members Ádám Szalai and László Kleinheisler.

“I’m happy that we can play friendly matches during this period because it’s important that the national team congregates whenever possible – every day spent together and every match played counts from the perspective of this group’s development”, Szélesi told mlsz.hu.

“Due to a number of players struggling with injuries towards the end of this year, I have decided to name a slightly bigger squad than normal, not to mention the fact that Nemanja Nikolic is just just finishing the initial stage of his MLS season in the USA this week so we trust he’ll be fine as he joins up with us. I’ll decide on the final squad two days before the Luxembourg match.

I’ve been in contact with every player called up and all of them are very motivated and ready to give everything in these two matches in order to end the year on a positive note. Both opponents will present difficult challenges. In the case of Luxembourg, to say this may be surprising but their draw against France showed that they are able of springing surprises on their home pitch.

Costa Rica, meanwhile, have already qualified for next year’s World Cup and three years ago, reached the last eight of the previous edition. In summary, I’m expecting two tough matches in which, if we play well, I would like to the team to achieve as good a results as possible”, Szélesi concluded.

The squad will come together on 5th November at Telki and travel to Luxembourg on Wednesday 8th November.