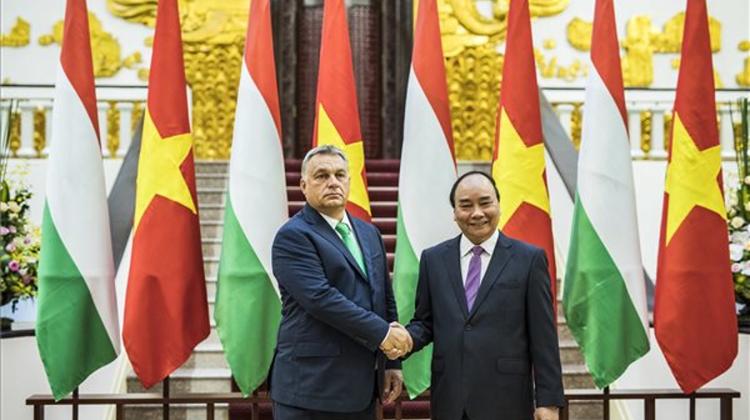 The government should state its reasons for aiding the construction of an oncology centre in Vietnam with 60 million euros, opposition Jobbik said on Friday. The contract to aid the 500-bed centre had been signed by the Socialist government in 2009, Andrea Varga-Damm of Jobbik told a press briefing. In the time since, Vietnam has doubled its GDP while Hungary’s has declined, she noted.

Few days ago Orbán said in Hanoi, Hungary “could be of help to Vietnam” especially in the health industry, water management, IT and food safety sectors. He noted the agreement reached on Hungary building a hospital in Vietnam.

The sum allocated to the Can Tho city hospital would cover the annual health care costs of 273,000 Hungarians, Varga-Damm insisted.

Alternately, it could be used to buy “all missing diagnostic equipment” within a year, or used to improve the “abysmal conditions” in Budapest’s St János Hospital, she said.

26 percent of the deaths (approximately 32,000 cases) could be prevented in 2014 if there were proper equipment and better healthcare system, based on the date of National Healthcare Services Center (ÁEEK).

The Hungarian health status rates are far below the level of most EU member states, despite the recent increase in this field. Jobbik hopes the government does not regard Vietnam as a money laundering opportunity, Varga-Damm said.

Commenting on the controversy surrounding ad hoardings which ruling Fidesz says Jobbik had bought from media magnate Lajos Simicska, Varga-Damm said that the transaction was legal and the proprietor of the selling companies “irrelevant”.

She said she could not comment on the total worth of the hoardings before an Audit Office review.

On information that the hoardings, which depicted government members and persons close to the ruling parties in an unfavourable light, were ordered by Ajtony Csaba Nagy, an associate and relative of Simicska, Varga-Damm said she could only comment on “written documents” on the issue.

The hoardings have been removed from the streets to comply with a recent amendment of legislation prohibiting political billboard ads outside of campaign periods.