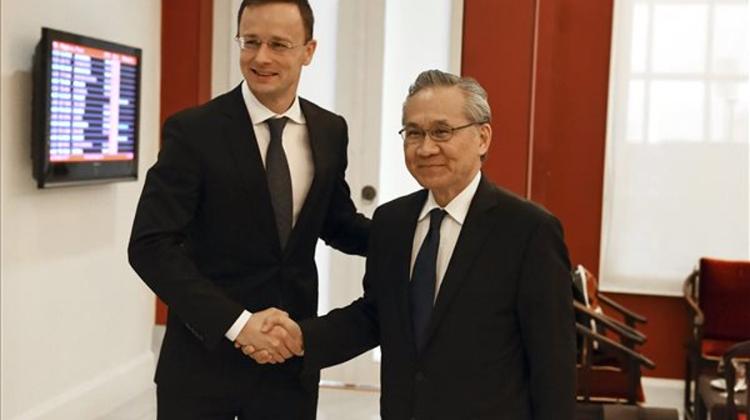 Hungary has signed “very important” pacts with Thailand on education and economic cooperation, Foreign Minister Peter Szijjártó said from Bangkok. An agreement was struck with the Thai authorities for the continued operation of Mahachulalongkornrajavidyalaya University (MCU) in Hungary

The university is cooperating with the Gate of Dharma Buddhist College, he said. The Thai government is prepared for the institution to “fully comply with the new Hungarian higher education prescriptions”, the minister said, adding that the agreement also provides for forty scholarships for Thai students to study each year in Hungary from next September.

Also, the Thai authorities have lifted the import ban against Hungary in connection with bird flu, meaning that goose and duck liver, poultry and egg exports to South-East Asia can be resumed, he noted.

Thailand is also playing a major role in Hungarian oil and gas company MOL’s petrochemical plant in Tiszaújváros, as most of the necessary modules will be produced there. The two billion US dollar investment has made Tiszaújváros central Europe’s largest such plant and the fifth biggest in Europe, Szijjártó said.

He urged the European Union and Thailand to restart free-trade talks and to forge a partnership and cooperation agreement. He also highlighted new possibilities for Hungarian exports that such an agreement would entail.

The foreign minister will visit Myanmar from Nov. 19 to 21 and attend the Asia-Europe Summit (ASEM) Foreign Affairs Summit.